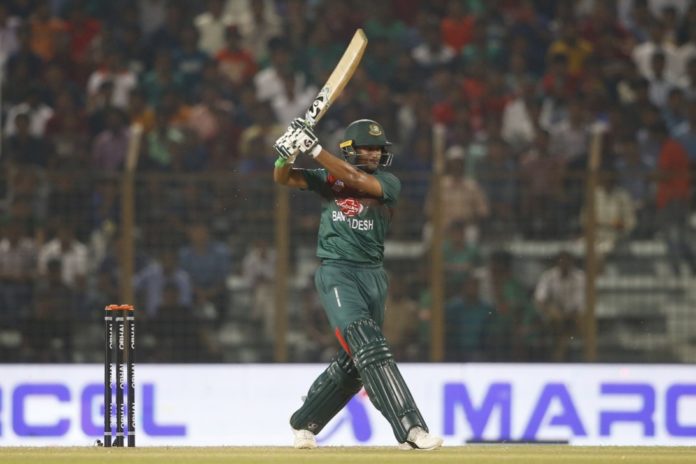 Coming in to chase a modest 138 for seven set by Afghanistan, Bangladesh lost both of their openers — Nazmul Hossain and Liton Das — just after 3.2 overs with just 12 runs on the board. Shakib, who then walked in on the pitch, stayed till the very end as he ensured the Tigers get over the line. He strung an important 58-run stand with Mushfiqur Rahim for the third-wicket before the latter gifted his wicket to Karim Janat in the 11th over when he tried to hit a six over midwicket but only ended up giving an easy catch to Shafiqullah. After that, Shakib kept on losing partners at the other end and was left in a spot of bother at one stage. However, an unbeaten 35-run stand between Shakib and Mosaddek for the seventh wicket helped the Tigers register a victory against Afghanistan.

Earlier, Bangladesh bowlers made a magnificent comeback in the game following Afghanistan’s brilliant start after being asked to bat first. The two openers — Rahmanullah Gurbaz and Hazratullah Zazai — gave the visitors a flying start, stitching together a 75-run opening stand. However, after Zazai fell prey to Afif Hossain in the 10th over after scoring a team high of 35-ball 47, no other Afghan batsmen could capitalize on the brilliant start provided by the openers. They kept on losing wickets at regular intervals and could only manage a 138-run total. Afif remained the pick of the bowlers for the Tigers, returning impressive figures of two for nine in his three overs.