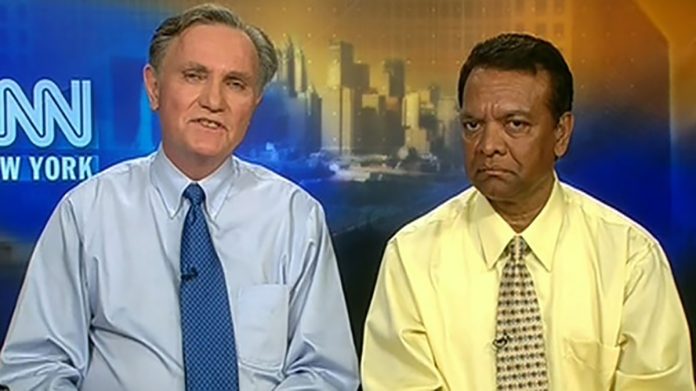 September 11, 2001, Tuesday – the date also remember to all as “9/11”, on this day 21 years ago today, four hijacked airplanes in the United States hit several places, including two skyscrapers in New York. Thousands of people died. This attack was one of the worst terrorist attacks of the century. People of the entire world, including the United States, were shocked by this attack.

On that day, two planes crashed into the Twin Towers of the World Trade Center in New York. The first plane hit the North Tower and the second plane hit the South Tower. Both buildings were torched. People were trapped on the upper floors of the two buildings. Both the tower buildings were 110-storey tall. In just two hours, two buildings crumbled to the ground. Around 3,000 people lost their lives in this incident.

However, Canadian businessman Brian Clark miraculously survived that day. He then saved the life of a man named Stanley Praimnath.

In an interview about the incident 10 years ago, Brian said the buildings were destroyed immediately after the incident, everything was destroyed in a few moments. “Just 10 seconds after handling the first shock, I got really scared,” he also said.

At that time, there were stairs in front of him. He quickly went down the stairs. However, he didn’t know if the stairs he was going down were right. After going down to the 81st floor, he saw a woman quickly climbing the stairs.

“The woman told me that she saw rubble and fire below. She asked us to move quickly and climb towards the roof,” Brian Clark told the media.

Although the woman went to the roof, Brian Clark said he and his other colleagues who followed him stood there, deciding which direction to go.

At that moment, Brian heard a sound. He heard a thump on the 81st floor. He could hear someone screaming for survival. Brian hurried downstairs. There he saw a man lying in a pit. He saw with the help of the flashlight that someone was begging to be saved.

That person is Fuji Bank employee Stanley Praimnath. He took shelter under the table before he saw a plane coming towards them. Although the office building was destroyed, he was saved due to that table. However, he got stuck in a hole under the wall. Brian lifted Stanley up in a few attempts.

On their way down, they crossed broken stairs full of smoke. They reached the lower floor at 9:55 am. As the two were exiting the building, a firefighter rushed over and told them to leave the area – as there were various ruins of the building on the road. They started running fast after hearing the word of the firefighter. After running some distance, Stanley Praimnath looked back.

He tells Brian “it looks like the building is going to collapse”, however, Brian disagreed. But before they finished speaking, the South Tower began to collapse. They managed to get out of the building just 4 minutes before it collapsed.

All the floors above where the plane hit collapsed. Only four survived. Brian and Stanley are two of them.

“There are thousands of unsolved questions about the incident. Why did I survive? Why did they not survive? I have no achievements. I was basically given the gift of life. I am really lucky,” Brian said.