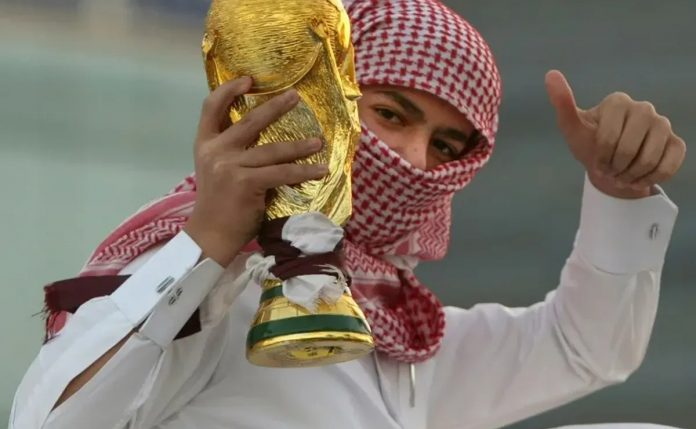 Violent fans involved in illegal associations and even those in debt for food dues are part of a list of 6,000 Argentines who will not be allowed to enter World Cup stadiums in Qatar, the Buenos Aires city government said Monday.

“The violent ones are here and in Qatar. We want to bring peace back to football and that the violent ones are outside the stadiums,” the city’s Justice and Security Minister Marcelo D’Alessandro said in an interview on a local radio station.

“They were included for belonging to the barras (violent fans), for participating in violent acts, for illicit associations such as “trapitos” (banned street businesses) and for owing maintenance payments (from divorced parents),” he added.

To carry out the controls in Qatar, the official said “as always in the World Cups, delegations of different police bodies (of the country) will be sent to work together with the Qatari security authorities.”

In June, the national security ministry signed a cooperation agreement with the Qatari embassy to prevent Argentine hooligans, as violent fans are commonly known, from attending the World Cup.

Among the 6,000 Argentines banned from entering stadiums, D’Alessandro said that some 3,000 are “barrabravas” who are not allowed to attend local league matches.

Iran Threatens Families Of Its Footballers With Torture And Imprisonment Ahead Of WC Match With USA: Reports