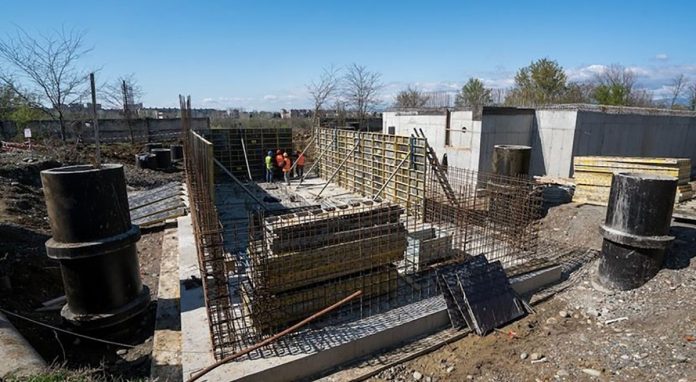 The Asian Development Bank (ADB) recently joined with partners at COP27 to announce the ambition to mobilise more than $200 million from 2021 until 2025 to create water and sanitation resilience and security in Asia and the Pacific.

The Asia and the Pacific Water Resilience Initiative, also known as RUWR: ARe yoU Water Resilient?, is a wide-ranging programme aiming to build capacity and resources for innovative solutions to mainstream resilience by addressing gaps, needs, and opportunities at the local level.

It is part of ADB’s commitment to scale up financing for climate change adaptation, according to an ADB statement.

The Netherlands is supporting the initiative with a $20 million contribution to the newly established Water Resilience Trust Fund, which falls under the banner of RUWR and will focus on adaptation, innovation, and inclusivity to accelerate water resilience.

The Bill & Melinda Gates Foundation is providing $10 million to the Sanitation Financing Partnership Trust Fund under the initiative, which will help expand inclusive urban sanitation services, pilot and upscale sanitation technology and innovations, and support policies and capacities to deliver inclusive, resilient, and sustainable sanitation systems.

ADB plans to allocate more than $120 million in grants between 2023 and 2025 for water and sanitation security and resilience to support the initiative.

It has also established a technical assistance (TA) cluster of $8.0 million, called Mainstreaming Water Resilience in Asia and the Pacific, which will manage the RUWR. The TA cluster is funded by ADB resources, the e-Asia and Knowledge Partnership Fund, and the Japan Fund for a Prosperous and Resilient Asia and the Pacific.

The contributions from the Netherlands and the Bill & Melinda Gates Foundation will add to the $115.9 million in grant financing received from partners under the Water Financing Partnership Facility (WFPF), which has supported 113 ADB investment projects in 20 countries since 2006. The governments of Spain and Austria are also WFPF funding partners.

“Water is one of the world’s most critical natural resources and one increasingly threatened by the impacts of climate change in Asia and the Pacific. It is the primary medium through which we will feel the effects of climate change,” said ADB’s Chief of Water Sector Group Neeta Pokhrel. “Small transformational steps toward water and sanitation resilience today will mean we can make great strides in climate adaptation at the local level.”

“Climate change threatens millions of people in Asia and the Pacific. Women and children are the most affected,” said head of the water unit at the Ministry of Foreign Affairs of the Netherlands Karin Roelofs. “We have to join hands to make the water sector more resilient.”

“In the face of more frequent and severe flooding, as well as in drought-affected areas, lack of resilient sanitation systems is a major public health hazard. The spread of disease from poor sanitation has the greatest impact on the poorest families in vulnerable, disaster-prone areas,” said Bill & Melinda Gates Foundation President Rodger Voorhies.

“Our support to the Sanitation Financing Partnership Trust Fund is a pledge to our continued partnership with the Asian Development Bank in building systems, knowledge, and capacity for urban water resilience in the region and ensuring that sanitation is central to this effort,” Voorhies said.