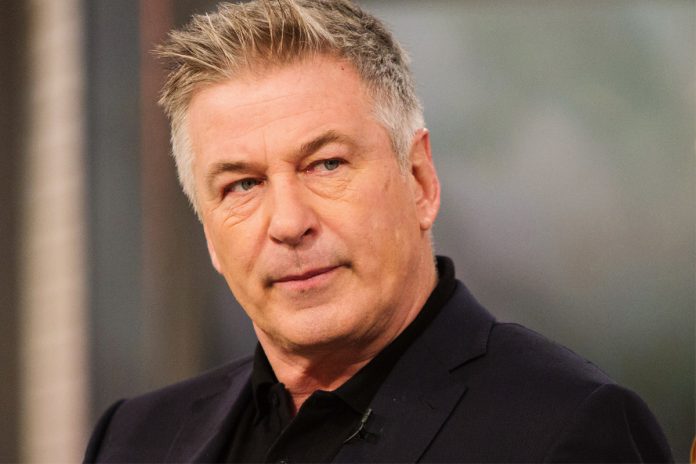 Washington: Actor Alec Baldwin is cancelling other projects following an accidental shooting on the set of his upcoming film ”Rust”, which led to cinematographer Halyna Hutchins’ demise and left director Joel Souza injured.
A source told People magazine that Baldwin is looking “to take some time to himself and re-centre himself,” as he has during difficult times in the past.

“This was pretty devastating. This is how he handles difficult times. Whenever something bad happens, in the short term, he removes himself from [the] public eye,” the source added.

The source confirmed to the outlet that Baldwin was “hysterical and absolutely inconsolable for hours” following the shooting. “Everyone knows this was an accident, but he’s absolutely devastated,” the source further said.

On Thursday, authorities responded to an incident at the New Mexico set of ”Rust” following 911 calls indicating “an individual had been shot on set,” the Santa Fe Sheriff’s Department wrote in a press release obtained by People magazine.

Upon further investigation, the authorities learned that Hutchins and Souza were “shot when a prop firearm was discharged” by Baldwin during a camera test.

Hutchins was airlifted to the University of New Mexico Hospital where she died from her injuries, according to the sheriff’s department. Souza was hospitalised, but his reps told Deadline he has since been released.

“[Baldwin] is someone who really deeply cares, so he can be very hard on himself,” the source shared. “That’s true in general, in situations nowhere near as serious as this. But in this situation, it’s a whole other level because of the loss of life involved.”

Ads by
“It’s going to take him time to figure all this out,” the source added. “He needs to take a while to himself, to be with his family.”

So far, no charges have been filed and an investigation remains ongoing.

In the wake of the tragedy, a source previously told People magazine that “Alec is still trying to get his head around everything that happened. This has been devastating. It’s been incredibly difficult.”

Baldwin first spoke out regarding the incident on Friday morning, issuing a two-part statement on Twitter.

“There are no words to convey my shock and sadness regarding the tragic accident that took the life of Halyna Hutchins, a wife, mother and deeply admired colleague of ours,” the actor began. “I’m fully cooperating with the police investigation to address how this tragedy occurred and I am in touch with her husband, offering my support to him and his family,” he continued. “My heart is broken for her husband, their son, and all who knew and loved Halyna.”

The ”Rust” film set has been shut down following Hutchins’ death, with production indefinitely paused, according to the production company, Rust Movie Productions, LLC.