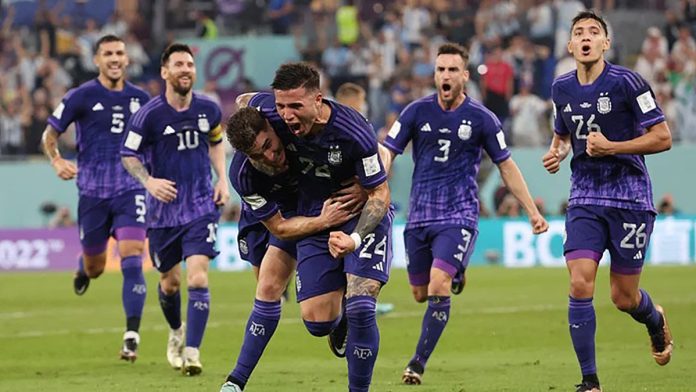 The Argentina great had a penalty saved but his team still beat Poland 2-0 Wednesday after second-half goals from Alexis Mac Allister and Julian Alvarez and advanced to the last 16.

Argentina finished in first place in Group C to set up a match against Australia, a surprise qualifier for the knockout stage.

It’s a strong position for Argentina to be in, especially considering the team opened the World Cup with a shocking 2-1 loss to Saudi Arabia in one of biggest upsets in the tournament’s history. Messi’s likely final World Cup rolls onto Saturday.

He will be relieved after failing to score a penalty for the second straight World Cup. It was awarded after being hit in the face by the flailing hand of Poland goalkeeper Wojciech Szczesny, who made amends by diving to his left to block Messi’s kick.

Mac Allister converted a cross from Nahuel Molina inside the first minute of the second half and Alvarez — selected ahead of Lautaro Martinez — curled the second into the top corner in the 67th minute.

“Plan is to try, retire in Dubai”, says Sania Mirza