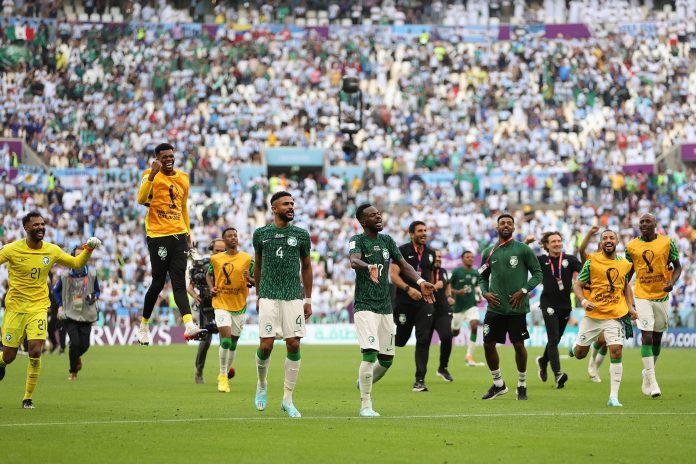 Unheralded Saudi Arabia notched one of the biggest upsets in World Cup history with a 2-1 win over Lionel Messi’s Argentina, dampening the South American team’s hopes of winning the tournament for a third time and the first since Diego Maradona in 1986.

Argentines woke up early in the capital Buenos Aires to cheer on their team in the soccer World Cup over morning pastries and coffee, but were left with a bitter taste after the team was humbled in a shock loss to Saudi Arabia.

Unheralded Saudi Arabia notched one of the biggest upsets in World Cup history with a 2-1 win over Lionel Messi’s Argentina, dampening the South American team’s hopes of winning the tournament for a third time and the first since Diego Maradona in 1986.

“It’s a totally unexpected blow, which not even the most pessimistic fan had prepared for,” said Nicolás Rearte, a 21-year-old student. “Now we have to pick ourselves up quickly.”

The kickoff at 7:00 local time (1000 GMT) meant supporters lined up early in the morning at bakeries to get their medialuna pastries, while schools and workplaces gave special permits for students and employees to arrive late to see the match.

Fans crowded into plazas to watch the game on giant screens, cheering when Messi scored the opening goal – a penalty – but groaning and slowly going silent as Saudi Arabia pulled two quick goals back in the second half.

“Honestly, you can’t believe it, it was a strange game, unusual, but that’s football. We played badly and well, we have to see the next game,” said Fabian Rodriguez. 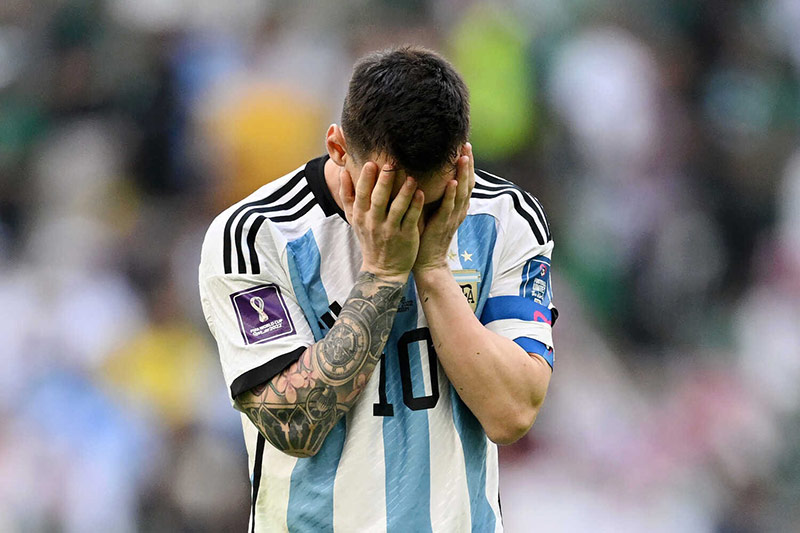 The loss to Saudi Arabia, number 51 in the FIFA rankings, crashed the early morning party for fans who had expected their team – one of the pre-tournament favorites and on a 36 game unbeaten streak – would run out winners.

“They were one of the easiest rivals we had so what happened was incredible,” said Nicolás Tisinovich, a 24-year-old actor who watched the game in a city square.

Argentina face Mexico on Saturday and then Poland in its other group C games as the team look to recover from a losing start as it did in Italy’s 1990 soccer World Cup. Then Argentina lost to Cameroon in the first game before a run to the final.

On the streets of Buenos Aires, most fans simply tried to understand what had happened.

“The truth is that it was a surprise for everyone here watching the game,” said Mauel Carabajal, 41. “Yes, I can define it with that one word: surprise.”

Iran Threatens Families Of Its Footballers With Torture And Imprisonment Ahead Of WC Match With USA: Reports