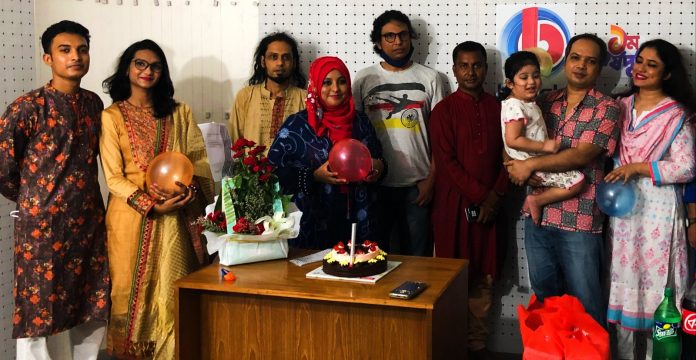 According to the channel authorities, due to the worldwide covid19 epidemic, there were many plans but none of them could be implemented.

The channel entered its second year on July 17, 2020. Bangladesh Executive of Bangla Channel, Iqbal Bahar organized this special day with the members of Bangla Channel at it’s Dhaka office.

The main purpose of the event was the hangout. But to preserve the formality they had to arrange a cake celebration. At the end there was a luncheon.

Prominent personalities, specially from Bangladesh and United States and around the world, from different classes and professions greeted on the telephone.

Bangla Channel President Shah J Chowdhury said that no special event was organized at the head office of Bangla Channel in New York. But unofficially and informally, prominent people of New York came to the Bangla Channel office to greet.