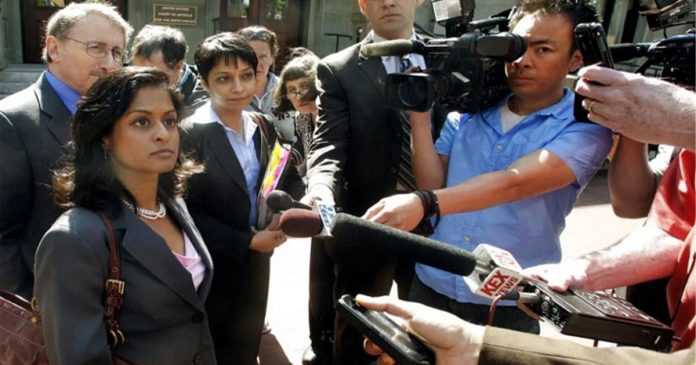 United States (US) President Joe Biden has nominated Bangladeshi-American Nusrat Jahan Choudhury to be the country’s first Muslim woman to serve as a federal judge.

Choudhury’s nomination — if confirmed, she would be just the second Muslim judge, as well as the first Bangladeshi-American to sit on a federal bench in the US — captured most of the attention among the eight named Wednesday in Biden’s latest round of nominees chosen to reflect his promise of diversifying the judiciary.

Choudhury emerged as the top choice among Muslim American advocates last summer for one of New York’s federal court vacancies; Senate Majority Leader Chuck Schumer backed her as an expert in civil rights and liberties.

Muslim Advocates, a national civil rights organization, wrote in a July letter to Schumer and New York Senator Kirsten Gillibrand, that Choudhury has a “stellar reputation” for advancing the rights of minority communities and that her nomination would make much-needed history.

If confirmed, she would be the first Bangladeshi American and second Muslim American to ever serve as a federal judge.https://t.co/h6GOuAda7J

Choudhury, 44, has built a stellar record serving in various important positions with the storied American Civil Liberties Union, or ACLU, which calls itself “the world’s largest public interest law firm,” working across the entire spectrum of civil rights and civil liberties.

She is currently the Legal Director at the ACLU’s Illinois chapter, where she oversees a team advancing civil rights and civil liberties across Illinois. Nusrat has more than a decade of experience in advancing reform in the criminal legal system and policing. She has led litigation to protect immigrants from dangerous detention conditions and serves as counsel for community organizations enforcing a federal consent decree to reform Chicago police patterns of excessive force.

Prior to joining the Illinois chapter, Nusrat served as deputy director of the national ACLU Racial Justice Program, a staff attorney in the ACLU National Security Project, and a Marvin M Karpatkin fellow.

At the ACLU, Nusrat led efforts to challenge racial profiling and unlawful stop-and-frisk, the targeting of people of color for surveillance without evidence of wrongdoing, and practices that disproportionately punish people for being poor.

Her work against practices that disproportionately punish people for poverty without prior court hearings, consideration of ability to pay, or legal representation changed practices in Georgia, Mississippi, Washington, and South Carolina, and helped secure national guidance from the American Bar Association and other entities to promote fairness and equal treatment of rich and poor in courts.

Nusrat helped secure the first federal court ruling striking down the US government’s No Fly List procedures for violating due process. She filed litigation to challenge the NYPD’s unjustified and discriminatory profiling of Muslims for surveillance, which resulted in a court-ordered settlement agreement, and to secure public records about the FBI’s racial and ethnic mapping program.

Nusrat clerked for Judge Barrington D. Parker in the Second Circuit Court of Appeals and for Judge Denise Cote in the Southern District of New York.

She is a recipient of the South Asian Bar Association of New York Access to Justice Award and the Edward Bullard Distinguished Alumnus Award of Princeton University’s Woodrow Wilson School of Public and International Affairs. According to her profile on the ACLU website, Nusrat is a graduate of Columbia University, Princeton University, and Yale Law School.

Personal life
Nusrat is the daughter of Nafisa A Choudhury and the late Dr Nurer R Choudhury, who migrated to the US before she was born.

Her mother was a food-services coordinator for grammar schools and middle schools in Northbrook, Illinois, and the surrounding areas.

Dr Nurer R Choudhury was the chief of neurology at St Mary’s of Nazareth Hospital in Chicago, and an associate professor of neurology at the University of Illinois at Chicago.

Nusrat tied the knot with Michael Early, a graphic designer, in 2012.

Well-received
The nomination dropped on Wednesday night in the US, and so it still awaits scrutiny in Thursday’s round of the morning shows, but the initial reactions on Twitter would seem to be overwhelmingly positive in favour of Choudhury’s nomination.

Many have shared the news published by USA TODAY, which leads with “Biden nominates Muslim woman to the federal bench, a first in US history.”

Dean Obeidallah, one of the few Muslims who gets to host his own show on American radio, tweeted: “WOW! Biden nominates Muslim woman to the federal bench, a first in US history! Nusrat Jahan Choudhury, the legal director of the ACLU Illinois, is Biden’s nominee for US District Court in New York.”

Mark Levine, the legal reporter for Slate Magazine, wrote on Twitter: “[T]his is an extraordinary slate of brilliant nominees, several of whom will make history. ACLU stalwart Nusrat Jahan Choudhury on EDNY sounds almost too good to be true.”

EDNY is the Eastern District of New York, the jurisdiction in which Choudhury will serve if confirmed.

Louise Melling, who currently occupies Nusrat’s old position as the national deputy legal director of the ACLU, tweeted: “What a spectacular cast. I’m delighted to see Nusrat Choudhury, a beloved ACLU colleague, on the list as well.”

At the same time, it must be pointed out that voices on the right of the US political spectrum are far less enthusiastic.

The White House’s own press release on the nominees also gives Nusrat Choudhury top billing. The part extolling the virtues of the cohort, mentions Nusrat’s accolades first: “A nominee who would be the first Bangladeshi-American, the first Muslim-American woman, and only the second Muslim-American person to serve as a federal judge.”

This is President Biden’s thirteenth round of nominees for federal judicial positions and his first slate of nominations in 2022, which brings the number of announced federal judicial nominees to 83. Seven out of yesterday’s eight, and overall 62 out of these 83 nominees have been women.