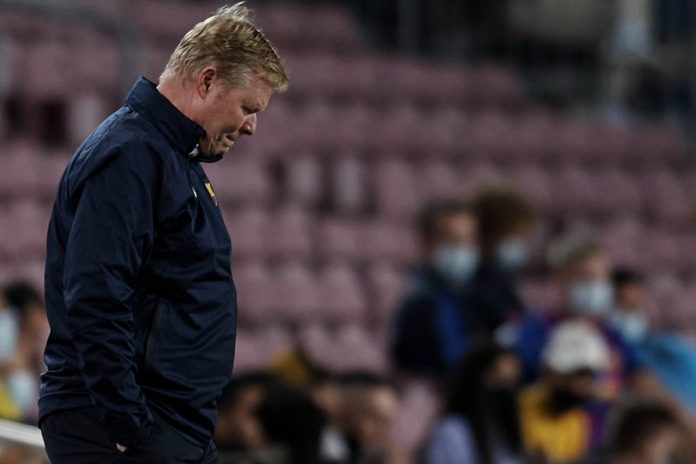 A club statement read: “FC Barcelona has relieved Ronald Koeman of his duties as first team coach. The president of the club, Joan Laporta, informed him of the decision after the defeat against Rayo Vallecano.

“Ronald Koeman will say goodbye to the squad on Thursday at the Ciutat Esportiva.

“FC Barcelona wishes to thank him for his service to the Club and wishes him all the best in his professional career.”

The Dutchman was appointed manager in August 2020, taking over from Quique Setien. He led Barcelona to the Copa del Rey trophy, but the side slumped to third in La Liga after a poor end to the 2020-21 season.

Prior to his sacking, Barcelona sat ninth in La Liga, with four wins and three draws from ten matches, and third in their Champions League group after just one win in three.

This managerial spell represents a sad postscript to his career at the Nou Camp. Koeman previously represented the club between 1989 to 1995, playing alongside Romario, Pep Guardiola, and Michael Laudrup.

He made almost 200 appearances for Barcelona and scored the winning goal in the 1991-92 European Cup final, the first continental title in the club’s history._Agencies