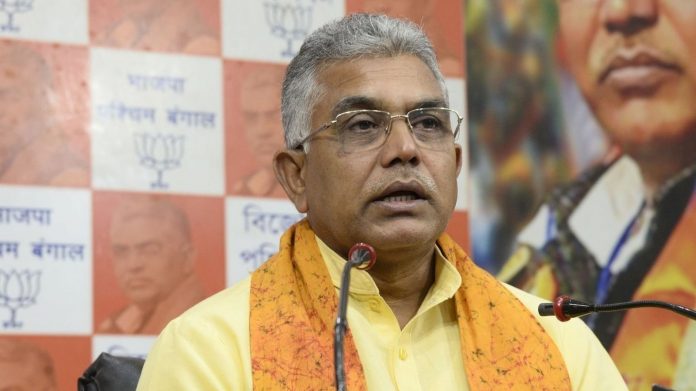 West Bengal BJP president Dilip Ghosh has advocated the use of “cow-urine” to boost immunity in the fight against COVID-19. A video has surfaced on social media where Mr. Ghosh, while emphasising the importance of home remedies, is seen saying that people need to consume cow urine to stay healthy. The BJP leader made these remarks during a meeting in Durgapur on Thursday.

The State BJP chief also spoke about long queues outside liquor shops in the State when the lockdown restrictions were eased.

This is not the first time that the Bengal BJP president has made a controversial statement on cows. In November 2019, Mr. Ghosh said cow’s milk contains gold, a statement that sparked widespread criticism in social and political circles. Earlier this year in May, Mr. Ghosh said there was no harm in drinking cow urine and said he consumed cow urine.

Mr Ghosh has come in for criticism from leaders of his own party in Bengal, who described the remarks as “unscientific”.

The West Bengal government has registered complaints against members of right wing groups who were distributing “cow urine”. Action was also taken against a civic police volunteer who was seen consuming cow urine in public. ❑

BJP worker, 8 others arrested for gambling activities in Surat