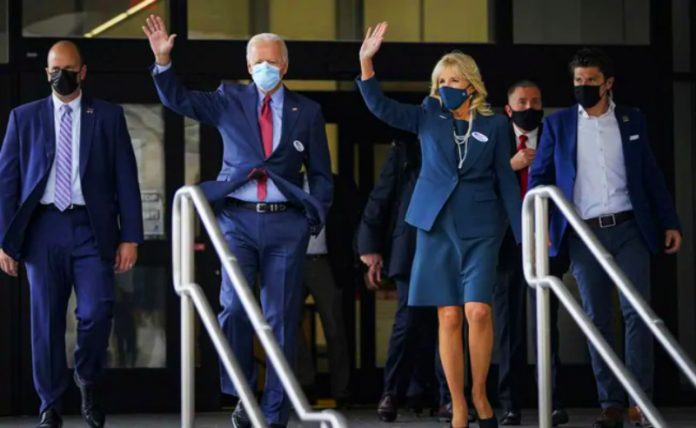 Democratic White House hopeful Joe Biden cast his ballot in the US presidential race Wednesday in Delaware, six days before the end of a turbulent campaign pitting him against incumbent Donald Trump.

The former vice president entered the Delaware State Building in Wilmington where he joined the record number of Americans who have voted early or by mail — 74 million as of Wednesday — as people seek to avoid crowded polling stations during the Covid-19 pandemic, reports AFP.

Shortly before voting Biden said he hopes he and other Democrats on the ballot would get elected so that they can “change things” and “make it better” for everyday Americans.❐