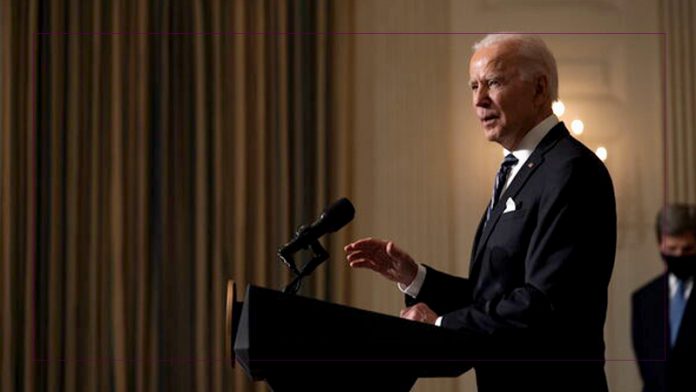 United States President Joe Biden on Monday threatened to reimpose sanctions on Myanmar following a coup by the country’s military leaders and called for a concerted international response to push them into “relinquishing power.”

Biden condemned the military’s takeover from the civilian-led government on Monday and its detention of the country’s elected leader Aung San Suu Kyi as “a direct assault on the country’s transition to democracy and the rule of law”. – reports Al Jazeera.

The coup also brought rare policy alignment between Biden’s Democrats and top Republicans as they “denounced” the military takeover and called for consequences.

In a statement, Biden said, “The international community should come together in one voice to press the Burmese military to immediately relinquish the power they have seized, release the activists and officials they have detained.”

Biden warned the US was “taking note of those who stand with the people of Burma in this difficult hour.”

“The United States removed sanctions on Burma over the past decade based on progress toward democracy. The reversal of that progress will necessitate an immediate review of our sanction laws and authorities, followed by appropriate action.”

“We will work with our partners throughout the region and the world to support the restoration of democracy and the rule of law, as well as to hold accountable those responsible for overturning Burma’s democratic transition,” the US President added.

Myanmar’s military seized power of the country in a coup on Monday after detaining the democratically elected government of Nobel laureate Aung San Suu Kyi and other leaders of her National League for Democracy (NLD) party in the early hours.

According to a statement on a military-owned television station, the army had carried out the detentions in response to “election fraud”, handing power to military chief Min Aung Hlaing and imposing a state of emergency for one year.

The generals made their move hours before parliament had been due to sit for the first time since the NLD’s landslide win in a November 8 election viewed as a referendum on Suu Kyi’s fledgling democratic government.

The detentions came after days of escalating tension between the civilian government and the military that stirred fears of a coup in the aftermath of the election.

Political tensions soared last week when a military spokesman declined to rule out a coup ahead of the new parliament convening on Monday, and military chief Min Aung Hlaing raised the prospect of repealing the constitution.

But the military appeared to backtrack on the weekend, issuing a statement on social media on Sunday saying it would “do everything possible to adhere to the democratic norms of free and fair elections”.

The constitution published in 2008 after decades of military rule reserves 25% of seats in parliament for the military and control of three key ministries in Suu Kyi’s administration.❐