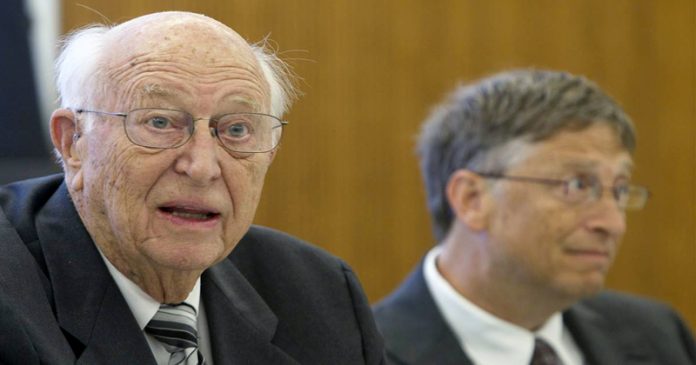 William H. Gates II, a lawyer and philanthropist best known as the father and longtime advisor of Microsoft co-founder Bill Gates, has died at 94.

In an obituary the family credited the patriarch with a “deep commitment to social and economic equity,” noting that he was responsible for the Bill & Melinda Gates Foundation’s first efforts to improve global health as well as his advocacy for progressive taxation, especially unsuccessful efforts to pass a state income tax on the wealthy in Washington.

“My dad’s wisdom, generosity, empathy, and humility had a huge influence on people around the world,” Bill Gates wrote in a tribute.

Born Nov. 30, 1925, Gates Sr. grew up in Bremerton, Wash., where his parents owned a furniture store. He joined the Army after his freshman year at the University of Washington and was en route to Japan when it surrendered in 1945.❐

In farewell address, Trump says ‘we did what we came here to do’

In farewell address, Trump says ‘we did what we came here...