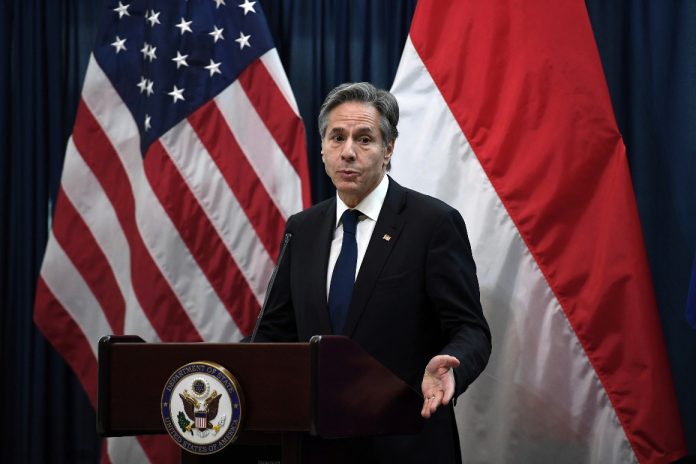 US Secretary of State Antony Blinken on Sunday criticized Kazakhstan’s shoot-to-kill order against protesters accused of fomenting unrest, calling for the policy in the central Asian nation to be scrapped.

“That is something that I absolutely reject. The shoot-to-kill order, to the extent it exists, is wrong and should be rescinded,” President Joe Biden’s top diplomat told ABC Sunday talk show “This Week.”

“We have real concerns about the state of emergency that was declared in Kazakhstan,” he said, adding that he spoke with Foreign Minister Mukhtar Tileuberdi on Thursday.

“We’ve been clear that we expect the Kazakh government to deal with protesters in ways that respects their rights, that pulls back from violence at the same time.”

More than 160 people have died and 5,800 have been arrested in Kazakhstan following violent riots this week in the energy-rich nation of 19 million people, media reported Sunday citing the health ministry.

The figures, while not independently verified, mark a significant increase from a previous toll by officials who said 26 “armed criminals” had been killed and 16 security officers had died.

In a hardline televised address Friday, Kazakhstan President Kassym-Jomart Tokayev said local and foreign “terrorists” were wreaking havoc in the country, and that “I have given the order to law enforcement to shoot to kill without warning.”

He also offered thanks to Russian President Vladimir Putin after a Moscow-led military alliance sent troops to Kazakhstan to help quell the violence.

Blinken said Washington had “real concerns” about why Tokayev felt compelled to call on the Collective Security Treaty Organization, which neighbor Russia dominates.

“We’re asking for clarification on that,” Blinken told CNN.