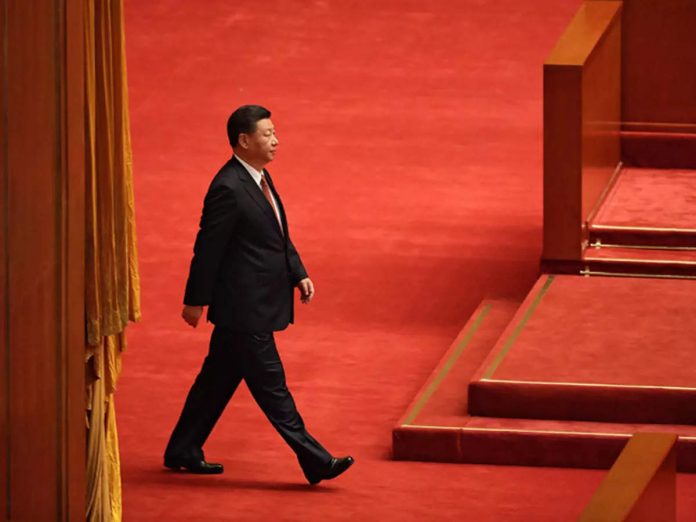 Chinese policymakers are increasingly convinced that the United States is determined to implement a full-fledged strategy of containment against China. Beijing views the Indo-Pacific Economic Framework for Prosperity as the economic mirror of the Quadrilateral Security Dialogue and AUKUS, two U.S.-led security pacts that Beijing regards as anti-China coalitions. Chinese officials, academics, and media rhetoric increasingly talk of self-reliance and are preparing for a forced decoupling from the United States. Fang Xinghai, a vice chairman of the China Securities Regulatory Commission, proposed accelerating the yuan’s internationalization to prepare for the risk of forced financial decoupling. A Shanghai-based academic argued that “the peace dividend is over”—hence, “it is time that China prepare for a full decoupling.” Even the more moderate voices have acknowledged the profound changes in U.S.-China relations behind the “decoupling theory” and called for China to “prepare for the worst but strive for the best.”

While part of the likely response will be the further strengthening of China’s military, the party-state will also tighten two economic strings in its bow. It will double down on pursuing a preexisting self-reliance strategy and sanction-proof the Chinese economy while bolstering its offensive geoeconomic capabilities by reinforcing China’s strategic position in global supply chains and expanding its influence in international commercial sea lanes.

The Chinese Communist Party (CCP) made “independence and self-reliance” the centerpiece of its 2021 historic resolution. The West’s recent harsh sanctions on Russia have reminded Chinese leaders of the need to strengthen economic autonomy. On Feb. 25, the day after Russia’s invasion of Ukraine, a People’s Daily editorial argued that “independence and self-reliance ensure that the cause of the party and the people will continue to move from victory to victory.” The government recently vowed to improve self-reliance by building a “national unified market.” Policymakers are looking to prepare the Chinese economy to withstand the heavy economic blow caused by a forced decoupling.

These concerns are not new. Chinese policymakers have been advocating reforming the global financial system since immediately after the Asian financial crisis at the end of the 1990s, seeking to hedge against U.S. dollar hegemony. In 1999, Dai Xianglong, then-governor of the People’s Bank of China (PBOC), argued that the existing global financial system “needs to be reformed” because “the role of international reserve currency played by a few countries’ national currency has been a major source of instability.”