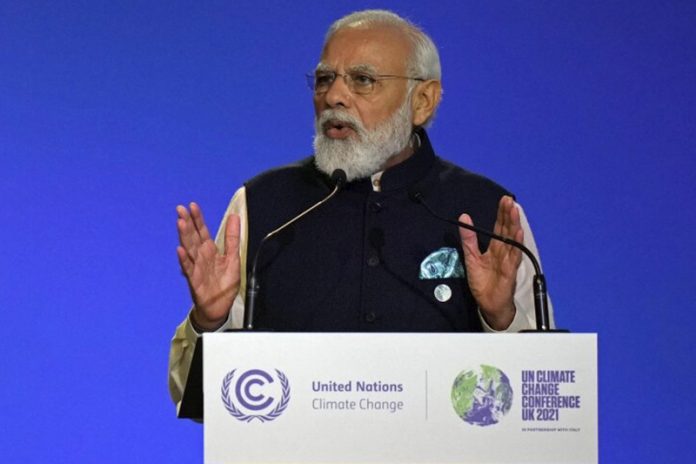 After refusing to set targets for net-zero carbon emissions, India’s Prime Minister Narendra Modi took to the stage at the United Nations Climate Change Conference in Glasgow, Scotland last week and said his country would turn net zero by 2070.

On the face of it, India’s timetable may seem less ambitious than those of the world’s two largest economies. But Modi’s climate commitments in Glasgow do set an example about pressing priorities, say analysts.

[The commitments] “send a signal to the rest of the world – that despite significant developmental challenges and the COVID-19 induced economic challenges, India is stepping up with enhanced pledges,” said Bharath Jairaj, who leads the energy programme at WRI India.

But analysts also say that India’s climate targets should be viewed within the context of climate crisis conversations that are corralling around how to accelerate net-zero timetables to limit the rise in global temperatures to 1.5 degrees Celsius, and to what degree richer nations should pay for developing ones to green up their economies.