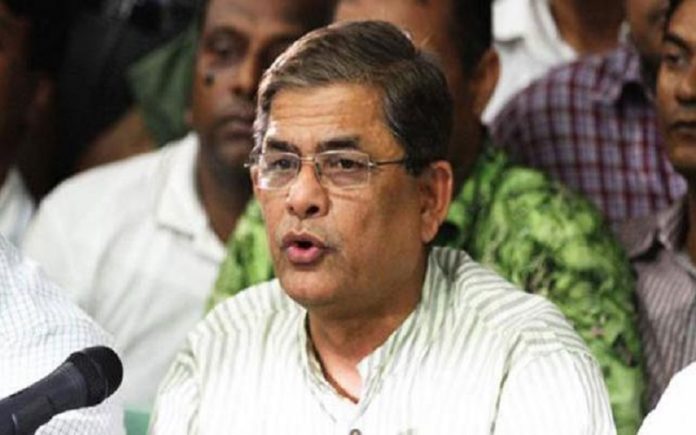 “Such rowdy remark is indecorous in her (Hasina) mouth. We condemn it,” Fakhrul said while addressing a programme at the National Press Club in Dhaka this noon.

“You (Hasina) run the state. You cannot make such ridiculous remarks,” the BNP leader said.

Yesterday, premier Hasina said: “Zia’s wife [Khaleda] brought self-confessed killer of the Father of the Nation to parliament by rigging votes. What does it mean? It was not only Zia but also his wife was involved in the conspiracy of the August 15 carnage. There is no doubt.”

Fakhrul also criticised his Awami League counterpart Obaidul Quader for commenting that the masterminds of 1/11 are again conspiring ahead of the upcoming elections.

Terming the government as fascist, Fakhrul said it is engaged in eliminating those who are vocal against its misdeeds and mismanagement.