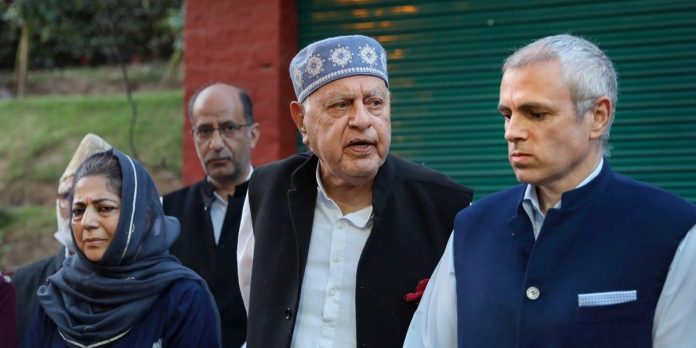 In a significant development, political parties in Jammu and Kashmir that are signatories to the ‘Gupkar Declaration’ on Thursday formally announced the formation of an alliance to “constitutionally fight” for the restoration of the erstwhile state’s special status.

Top leaders of these parties met at the residence of National Conference president Farooq Abdullah in Srinagar, and reaffirmed their commitment to fight unitedly for the rights of people which were “unconstitutionally snatched” on August 5 last year, the day the Centre read down Article 370 and divided the state into two union territories.

“We have named this alliance as People’s Alliance for Gupkar Declaration,” Abdullah told reporters after the meeting. “Our battle is constitutional; we want the government of India to return to people of the state the rights they were enjoying prior to August 5, 2019.”