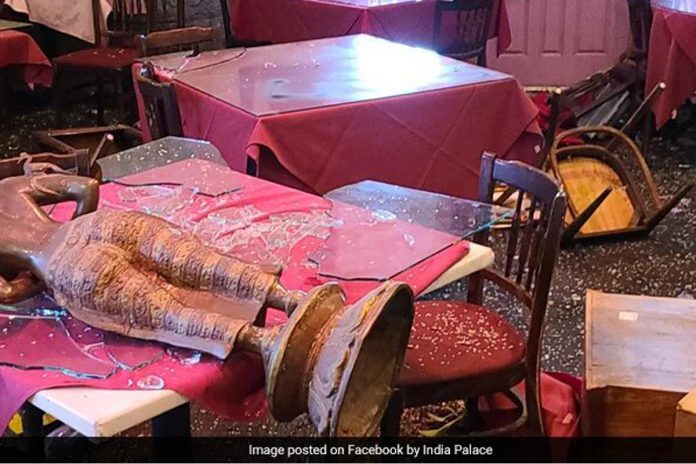 Washington: The Federal Bureau of Investigation (FBI) has been roped in to investigate last year’s attack on a popular Indian restaurant in Santa Fe, capital of the southern US state of New Mexico.
In June 2020, unknown vandals damaged the kitchen, dining room, storage area and spray-painted walls of the premises of the ‘India Palace’ with the words “Trump 2020” and racist remarks directed at the restaurant’s Sikh owners, causing damage to the tune of $100,000, media reports said.

The restaurant was purchased in 2013 by Baljit Singh, and run by his son Baljot, according to Santafenewmexican.com.

Santa Fe Police had labelled the incident as a hate crime directed towards the Indian community in the vicinity.

However, more than 16 months later, they are yet to press charges. Last week, the FBI said that they were determined to bring to justice the culprits behind the attack on the India Palace restaurant.