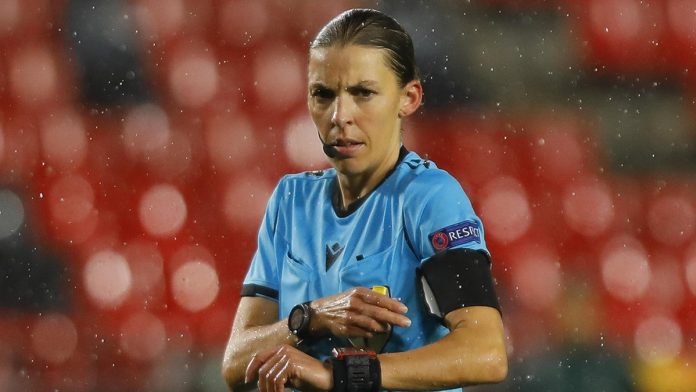 Female referees will officiate matches at this year’s men’s World Cup for the first time in the tournament’s history.
France’s Stephanie Frappart, Rwanda’s Salima Mukansanga and Japan’s Yoshimi Yamashita have been selected to take charge of games in Qatar.
They will be supported by three female assistant referees, reports BBC.

Premier League referees Michael Oliver and Anthony Taylor have also been chosen for the tournament, which begins on Monday, 21 November.

Taylor refereed the Euro 2020 match between Denmark and Finland, and was praised for reacting quickly to ensure Christian Eriksen received urgent medical attention after collapsing on the field.

In total, 36 referees, 69 assistant referees and 24 video match officials have been chosen for this year’s tournament.

“As always, the criteria we have used is ‘quality first’ and the selected match officials represent the highest level of refereeing worldwide,” said the chairman of FIFA’s referees committee Pierluigi Collina.

“This concludes a long process that began several years ago with the deployment of female referees at FIFA men’s junior and senior tournaments.

“In this way, we clearly emphasise it is quality that counts for us and not gender.

“I would hope that in the future, the selection of elite women’s match officials for important men’s competitions will be perceived as something normal and no longer as sensational.”