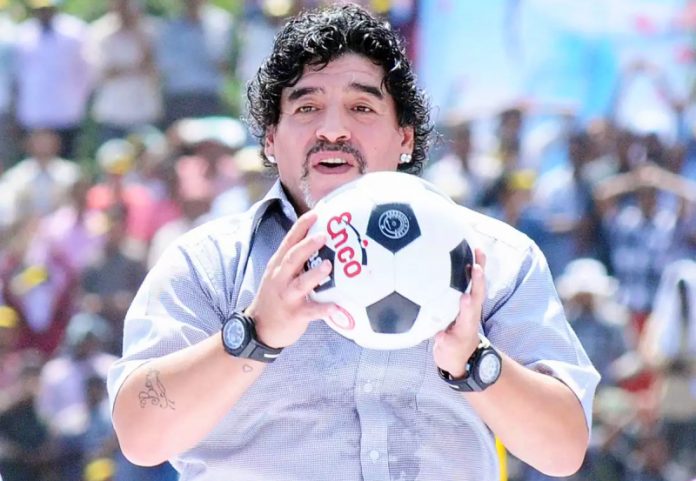 He suffered a heart attack at his home in the outskirts of Buenos Aires on Wednesday, acquaintances of the former player said.

In Argentina, the government has declared three days of mourning. President Alberto Fernandez said in a tweet, “You took us to the highest point of the world, and made us immensely happy. You were the greatest of all. Thank you for having been with us, Diego. We will miss you all our lives.”

Pele, the Brazilian footballer who is considered the only player to have come close to Maradona’s skill level, was among those quick to pay tribute to the Argentine.

“Certainly, one day we’ll kick a ball together in the sky above,” he said in a brief statement provided to Reuters by a representative.

Maradona’s pinnacle of glory came when he captained Argentina to win the World Cup in 1986, before plunging to misery when he was kicked out the 1994 World Cup for doping.

At club level, he broken on to the scene with Buenos Aires’ Boca Juniors before playing in Spain with Barcelona. He was idolised in Italy after leading Napoli to their first ever Italian league title in 1987.

He ended his playing career back in Argentina, returning to Boca. He had a brief and controversy-packed spell as Argentine national team coach from 2008 to 2010 before coaching in the Middle East and Mexico.

Years of drug use, overeating and alcoholism truncated his stellar career and altered his appearance from a lithe athlete who could slalom effortlessly through teams to a bloated addict who nearly died of cocaine-induced heart failure in 2000.❐