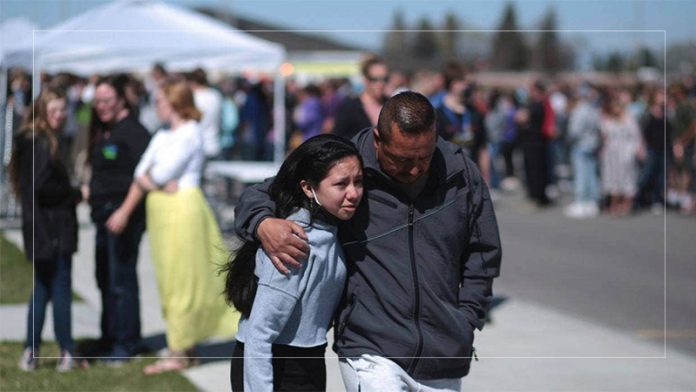 A sixth-grade US girl brought a gun to her middle school, shot and wounded two students and a janitor and before being disarmed by a teacher , authorities said.

The three victims were shot in their limbs and expected to survive, officials said at a news conference.

Jefferson County Sheriff Steve Anderson says the girl pulled a handgun from her backpack and fired multiple rounds inside and outside Rigby Middle School in the small city of Rigby, Idaho.

A female teacher disarmed the girl and held her until police arrived and took her into custody, authorities said, without giving other details. Authorities say they’re investigating the motive for the attack and where the girl got the gun.

The girl is from the nearby city of Idaho Falls, Anderson said. He didn’t release her name.

Police were called to the school around 9.15am on Thursday (local time) after students and staffers heard gunfire. Police responded, and students were evacuated to a nearby high school to be reunited with their parents.

“Me and my classmate were just in class with our teacher – we were doing work – and then all of a sudden, here was a loud noise and then there were two more loud noises. Then there was screaming,” 12-year-old Yandel Rodriguez said. “Our teacher went to check it out, and he found blood.”❐