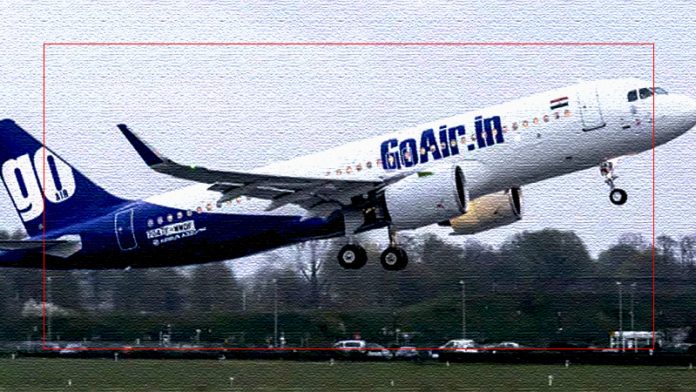 “GoAir has terminated the services of the Captain with immediate effect,” the airline’s spokesperson said on Saturday.

Captain Miki Malik had reportedly posted a tweet on Thursday where he had make objectionable comments on PM Modi.

“PM is an idiot. You can call me the same in return. It’s ok. I don’t matter. Bcoz I am not PM. But PM is an idiot. Period,” Miki Malik reportedly tweeted.

This guy Miki Malik didn't mention which PM but @goairlinesindia is smart enough who knows which PM is idiot.
PM is an idiot pic.twitter.com/T4ndra8zVD

“I apologise for my tweets about PM, other offensive tweets which may have hurt sentiments of anyone associated. I convey that GoAir is not associated with any of my tweets directly or indirectly as they were personal views,” he tweeted.

We had reported case of ill behaviour on @Twitter by @mickeymalik an @IAF_MCC Veteran, with Citizens & also name calling Our PM & believe that you have sacked him; as learnt from news article

However, his employer GoAir sacked him three days later citing its zero-tolerance policy on such matters.

“GoAir has a zero-tolerance policy and it is mandatory for all GoAir employees to comply with the company’s employment rules, regulations and policies, including social media behaviour,” a spokesperson for the airline said.

“The airline does not associate itself with personal views expressed by any individual or an employee,” the GoAir representative added.

This is not the first time GoAir has sacked a pilot over their tweets. In June 2020, the airline fired a trainee pilot after he allegedly posted an objectionable tweet about Sita and Hinduism. However, it was later revealed that the tweet had been made by another user by the same name.

Some people even criticised the reporting of his tweet and criticised GoAir for bowing down to pressure. Many veterans came in support of the pilot Mickey Malik and tweeted in his support with #BoycottGoAir❐