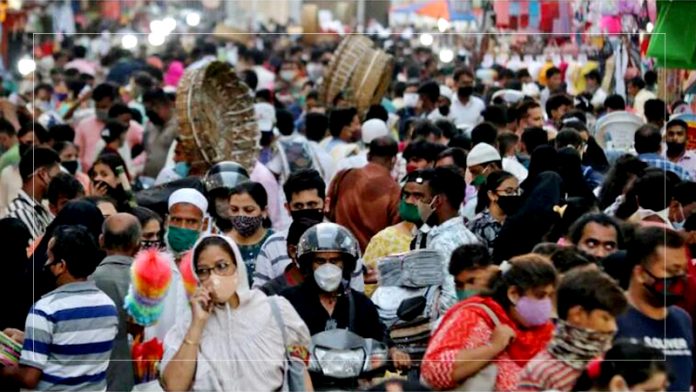 The Centre on Friday labelled Maharashtra, Punjab, Chhattisgarh and eight others as “states of grave concern” because of their fast-growing Covid-19 epidemics as India recorded 81,000 new cases nationwide, only 17,000 fewer than the peak count in mid-September.

The 11 states — which also include Delhi, Gujarat, Haryana, Karnataka, Madhya Pradesh, Rajasthan, Tamil Nadu, and Uttar Pradesh — have contributed to about 90 per cent of the new Covid-19 cases and deaths over the past two weeks.

In a meeting on Friday chaired by cabinet secretary Rajiv Gauba, authorities from these states were told to take “immediate and effective” steps to contain the spread of the virus and curb Covid-19 deaths through adherence to standard clinical treatment protocols.

The cabinet secretary, relying on data from the Union health ministry and states, pointed out that there has been a continuous deterioration of the Covid-19 situation over the past fortnight. The case growth rate in March 2021 has been 6.8 per cent, higher than the previous record of 5.5 per cent in June last year.

Health officials are also concerned that clusters of infections have also emerged in tier-2 and tier-3 cities and the epidemic threatens to seep into rural areas with limited diagnostic or treatment facilities where it could overwhelm the health infrastructure.

The epidemic nationwide has grown much faster now than during the first wave. The average daily new cases increased in March 2021 from roughly 18,000 to 62,000 within 23 days, compared to a near similar rise over 40 days during July-August 2020.

Gauba pointed out during the meeting that the 11 states showing a surge in daily cases have not shown commensurate increase in the enforcement of containment activities and urged state police officials to enforce Covid-19 appropriate behaviour.

The Union health ministry had expressed concern on Thursday that at least 19 states are conducting less than 50 per cent of their diagnostic tests with the high reliability RT-PCR tools instead of the minimum recommended 70 per cent.

Low proportions of RT-PCR leads to positive cases misleadingly labelled as false negative and facilitate continued spread of the virus. At the meeting, the states were asked to increase testing continuously to ensures that the number testing positive over the total number tested falls below 5 per cent.

They were also asked to ensure that at least 25 to 30 close contacts of each positive case should be traced, quarantined and tested and to establish containment zones around clusters of cases. They have also been asked to increase the number of isolation beds, oxygen beds and critical care facilities.