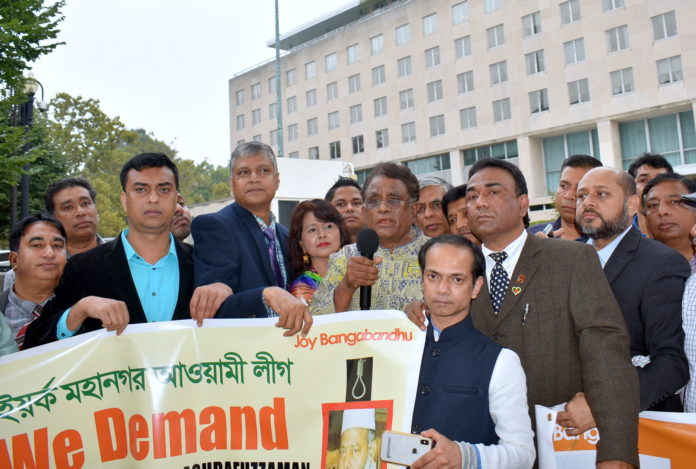 In August, the US daily “The Daily Caller” quoted that US President Donald Trump has showed a positive attitude about returning Bangabandhu’s killer Major AM Rashed Chowdhury back to Bangladesh. But so far no legal step has yet been initiated to send him back to Dhaka.”

Following the independence of Bangladesh in 16 December 1971, Sheikh Mujibur Rahman returned to Bangladesh on 10 January 1972. But this euphoria would not last long. Four years later, with the country still unable to recover from the destruction caused by Swadhinata Juddho (Independence War), on 15 August 1975, he was massacred at his home at Dhanmondi in the capital Dhaka, along with 21 members of his family and close associates by few disgruntled army men.

The military decided not to court-martial the military officials who masterminded and participated in the coup. The conspirators could not be tried in court of law on the charge of assassination because of the Indemnity Act passed by the government under President Khondaker Mustaq Ahmed. However, when Awami League, led by Mujibur’s daughter, Sheikh Hasina, won the election in 1996, it repealed the Act. The trial ended on 8 November 1998, and death sentences by firing squad were given to 15 out of 20 accused of the assassination.

The government has repeatedly asked the US government to extradite Rashed, cancelling his political asylum. Highly placed sources at the Prime Minister’s Office (PMO) and foreign ministry said there was constant contact with the US Department of State and also with the Justice Department for the deportation of Rashed Chowdhury.

Dhaka came to know about Rashed’s status only when US Ambassador to Bangladesh Marcia Bernicat in August 2015 officially informed Dhaka that Rashed was in the US after securing political asylum. A former ambassador in Washington during the previous BNP regime gave a nod to the US administration to give Rashed political asylum, diplomat clamed.

The Jalalabad Association: come to consensus, not discord

Inauguration of the Jalalabad Association members’ own building in New York