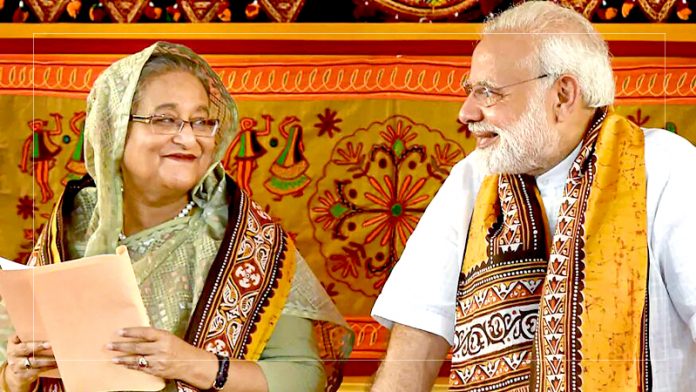 India Friday hoped that the Bangladesh government would aptly address the challenges posed by protests spearheaded by Hefazat-e-Islam, an prominent Islamist group, in Chittagong during Prime Minister Narendra Modi’s recent visit to the neighbouring country.

Modi was in Bangladesh on March 26-27 to attend the golden jubilee celebrations of the country’s independence and the birth centenary of Bangabandhu Sheikh Mujibur Rahman.

But the Indian PM’s visit triggered violent protests in several parts of Bangladesh, leaving at least 12 people dead. In the city of Chittagong, the protests were led by Hefazat-e-Islam.

“As far as the violence is concerned, we have always been against fundamentalism and extremism. We are confident that the Bangladesh government will address the challenge,” Indian External Affairs Ministry spokesperson Arindam Bagchi told the media in Delhi.

Even though Hefazat-e-Islam claims to be a “non-political” outfit, the group has gained prominence after the fall of Jamaat-e-Islami, Bangladesh’s largest Islamist political party.

Apparently making it clear that the protests by Hefazat-e-Islam would not cast any shadow on the amicable ties between India and Bangladesh, the Foreign Ministry spokesperson said: “Modi’s visit to Bangladesh had facilitated significant decisions to reinforce the legacy of 1971 and this is in furtherance of India-Bangladesh bilateral cooperation.”

Ahead of his two-day visit to Dhaka, Modi tweeted: “Our partnership with Bangladesh is an important pillar of our Neighbourhood First policy, and we are committed to further deepen and diversify it. We will continue to support Bangladesh’s remarkable development journey, under Prime Minister Sheikh Hasina’s dynamic leadership.”❐