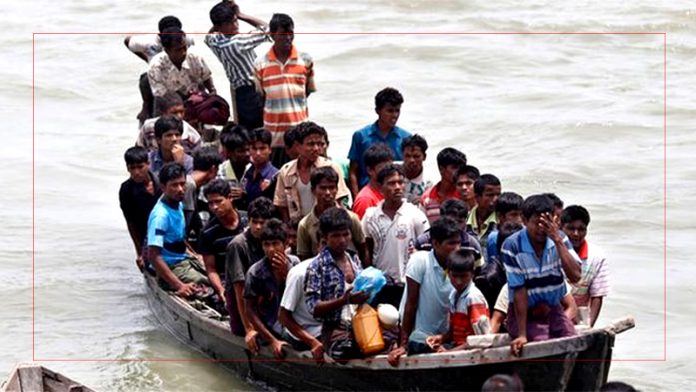 he boat had sailed on Feb. 11 from Cox’s Bazar, Bangladesh carrying 56 women and eight girls as well as 21 men and five boys, officials said.

Many of the survivors, according to Indian officials, were sick and suffering from extreme dehydration, having run out of food and water after the boat’s engine failed four days after leaving Cox’s Bazar, where refugee camps house hundreds of thousands of Rohingya who have fled neighbouring Myanmar.

“The engine of the boat broke down earlier this week and we received an SOS from some Rohingyas, ” said an Indian coast guard official overseeing the search and rescue effort from New Delhi.

“It’s a humanitarian crisis and we are doing the best we can to save their lives,” he said, requesting anonymity as he was not authorised to speak to the media.

“The foreign ministry is working towards sending them back to Bangladesh and India will repair or replace the boat’s engine to ensure they can travel back safely.”

The survivors were being provided with food supplies and medicine, and women and children have been given fresh clothes. It was unclear what arrangements were being made for the funeral rites of the people who died, the coast guard official added.