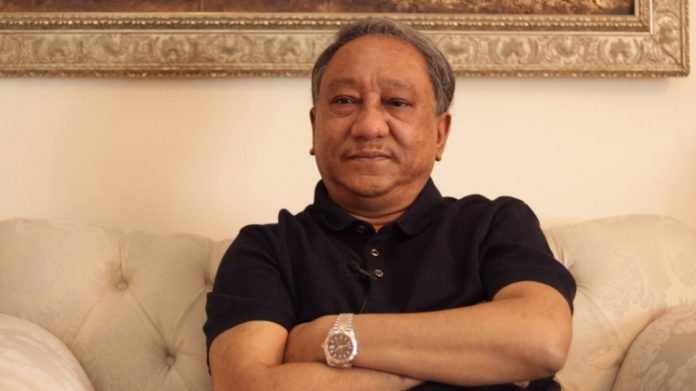 Hindustan Surkhiyan Desk: Bangladesh Cricket Board (BCB) president Nazmul Hassan told Hindustan Surkhiyan today that he was not sure about what team will be going to India day after tomorrow (Wednesday). Ace all-rounder Shakib Al Hasan has been missing in action ever since the players’ strike. Although he did attend a half-day’s training on Saturday, he did not show up for the first and the third-day’s training and BCB president said that he was not sure whether Shakib was going to tour India.

Bangladesh cricket has been going through a turmoil ever since the players’ strike happened. Although the matter was somewhat resolved after a three-day strike with the players returning to action, Shakib not turning up on the first and third day of training had raised eyebrows. On top of all that, the BCB had also asked for an explanation from Shakib regarding him signing with a telecom company without informing the board.

“Actually, nothing is clear yet and that is my problem since the team is leaving day after tomorrow.

He however mentioned that the reason for Shakib not coming to practice maybe different than what everyone was thinking.

“One thing is true. Whatever you are thinking, it’s nothing like that. There is no relation between this and they way you guys are thinking. It is something different and my assumption is that we will know in a day or two. The team is going on the 30th so we will find out.

“If Shakib doesn’t go then the whole team combination will change. He did not turn up for the training on the first day and then arrived the second day only to leave after half of the session was done. Then on the third day he didn’t come. Don’t you think there is enough reason to be suspicious. Can’t I be suspicious? I have to come up with an alternative but if I say that now, everyone will say that I am asking for Shakib to dropped from the tour. Can’t imagine what I am inside of. I can only say that it’s not normal what is happening.

During the conversation, Hassan said that he was now convinced that the strike or boycotting cricket was not on the agenda for the cricketers. They only knew about the demands. He added that he learnt from unconfirmed sources that there was a “plan to cancel the India tour”. During the last moments of the strike, he came to know that a few of the players will not be going.

“Everything is foggy. If someone doesn’t want to go, there is no issue if they communicate early. There is a kind of feeling of being indispensable within the team. Attitude has to be right. This [attitude] was not there before. There may be logical reason and I will see to those later. Right now, my concern is the India tour. I am not worried about the players in pipeline,” the BCB president councluded.

The BCB president explained that he was concerned about the team’s fitness. “I am worried about a lot of things and I don’t know the answer to those things. There is the fitness issue, they did not undergo any fitness training. I asked what will happen if we take a fitness test. They replied not one of them will pass. Just think about it. We are going to play a series in India but we don’t have any seriousness.”

Maradona’s doctor, six others, to be questioned in his death