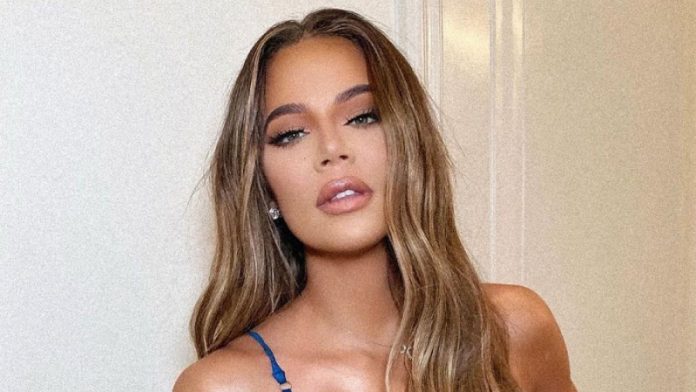 Khloe Kardashian has caused quite the stir online, with fans claiming the reality star looks ‘unrecognisable’.

The 36-year-old took to her Twitter account to thank fans after she won Reality Star of 2020 at the E! People’s Choice Awards.

“This is so awkward,” she can be heard saying.

“I don’t really know how many people care about my speech … and it’s not a speech, it’s making me nervous when I say a speech. I honestly and truthfully cannot believe that you guys did this; you guys picked me to win a People’s Choice Award and that is more to me than anything else. I literally have no words, I feel so honoured and I’m so appreciative and grateful. It’s just so baffling to me.”

Khloe went on to say she ‘has given so much to the show’ and feels ‘blessed’.

While many of Khloe’s followers loved the video, others claimed they didn’t recognise the Keeping Up With The Kardashians star, saying: “Who is she?”

“Who is this in the video???” one person wrote, with another commenting: “Will the real @khloekardashian pls stand up.”

Others defended the star, writing: “It’s so last century to talk about someone’s appearance.”

Another person wrote: “Jeez, the responses to this lovely post just shows how awful human beings can be”.❐

This is so awkward lol but I’m only doing this because you or one person (😡😡) asked for it pic.twitter.com/KQi1uFAW7f