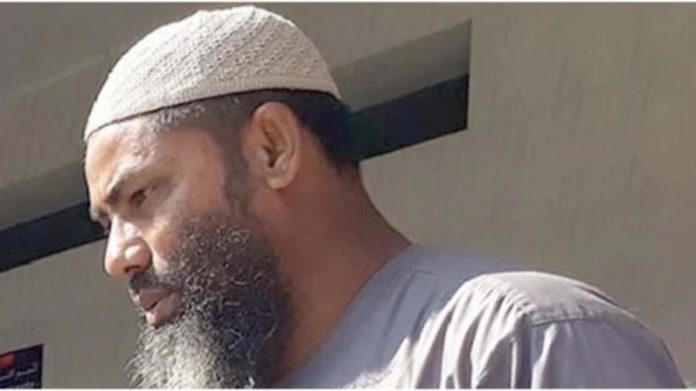 Muezzin of Burimari Central Jame Mosque at Burimari Land Port under Patgram upazila in Lalmonirhat district was arrested over lynching a man and burning his body after accusing him of disrespecting the Quran recently.

With muezzin Afiz Uddin, 50, the law enforcers have so far arrested 33 suspects over the October 29 incident.

Locals beat Shahidun Nabi Jewel, 42, to death and burned his body accusing him of disrespecting the Quran at the mosque.

Jewel’s cousin Saiful Islam filed a case on October 31 over the killing. Police also filed two seperate cases in connection with the incident.

Police have already sent 18, out of 33 accused in three cases, to jail through court.

After the Asr prayers at the Burimari Central Mosque on October 29 last, Shahidun Nabi Jewel, son of Abdul Wazed Mia of Shalban Mistrypara in Rangpur city, was accused of disrespecting the Quran. At about 8:00pm, he was beaten to death. Later, his body was set on fire.