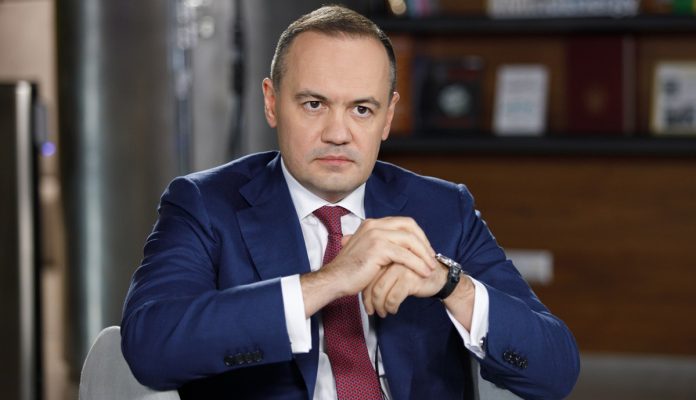 The head of Ukraine’s biggest private energy firm says people should consider leaving the country to reduce demand on the country’s power network.

“If they can find an alternative place to stay for another three or four months, it will be very helpful to the system,” DTEK chief executive Maxim Timchenko told the BBC.
Russian attacks have damaged almost half of Ukraine’s energy system.

Millions of people are without power as temperatures drop for winter.

Blackouts – both scheduled and unscheduled – have become common in many parts of Ukraine, as Russia aims regular waves of missile attacks at parts of the energy infrastructure.

Earlier this week, Kremlin spokesperson Dmitry Peskov suggested that the strikes were a “consequence” of Ukraine’s refusal to negotiate with Russia.

Several Western leaders have said that targeting civilian infrastructure is a war crime.

Mr Timchenko, whose company supplies more than a quarter of Ukraine’s power, says the system becomes less reliable with each Russian attack, and reducing electricity consumption is the key to keeping it running.

The government has urged people to limit their use of domestic appliances such as ovens and washing machines.

But the damaged energy system is still unable to produce enough electricity to meet current needs, so any way of reducing usage – including leaving the country – should be seen as helping Ukraine to win the war against Russia, Mr Timchenko explained.

“If you consume less, then hospitals with injured soldiers will have guaranteed power supply. This is how it can be explained that by consuming less or leaving, they also contribute to other people.”

Russia’s attacks on infrastructure increased after a series of setbacks on the battlefield, including a major Ukrainian counter-offensive in the Kharkiv region and territorial gains in the south of the country, which eventually led to the recapture of the city of Kherson.

With temperatures in some parts of Ukraine already below freezing, there is concern that millions of people will be left without power and heating throughout the winter.

Until now, blackouts have generally been limited to a few hours, but more Russian attacks could lead to longer periods without power. Fixing the damaged infrastructure is also becoming more difficult.

“Unfortunately we are have run out of equipment and spare parts… That’s why we appeal to our partners, government officials, companies and equipment producers to help us with the immediate supply of available equipment,” Mr Timchenko said.

Russia’s historical ties with Ukraine – including in developing its energy system – are also proving a problem.

“They were colleagues, now they are enemies,” Mr Timchenko said. “They bring all this knowledge to Russian military forces, educate them, make very concrete targets, know big parts of our grid or power stations.”

Despite the difficulties though, Ukrainian engineers continue to work in some of the most dangerous parts of the country, risking their lives to reconnect towns and cities to the grid.

Early on Saturday, the Ukrainian defence ministry announced that the railway station in Kherson was the first building in the city to have electricity.