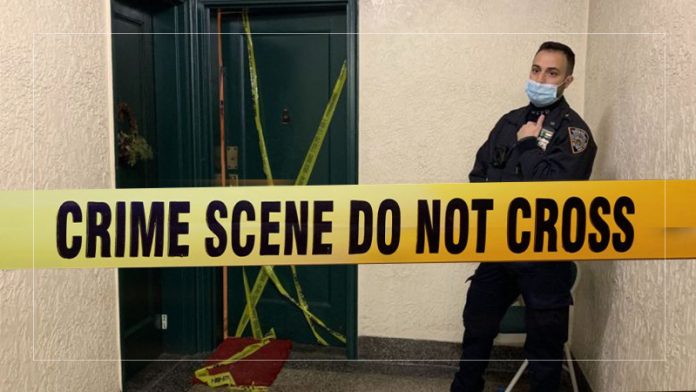 A 71-year-old man was found dead in his Manhattan apartment early Wednesday — and his much younger roommate was nabbed trying to get away down the fire escape, police said.

Police received multiple 911 calls from the apartment building on Seaman Ave. near W. 207th St. in Inwood starting around 2:30 a.m.

As cops were arriving the roommate was spotted coming down the fire escape from the second-floor apartment she shared with the victim.

The elderly victim was dead in the apartment with cuts on his body, police said. The case is being investigated as a homicide though the city medical examiner has yet determine his cause of death.

The roommate was taken into custody and is being questioned by detectives. She has a previous arrest on an arson charge for allegedly setting fire to a floor mat in the apartment in 2016, sources said.❐