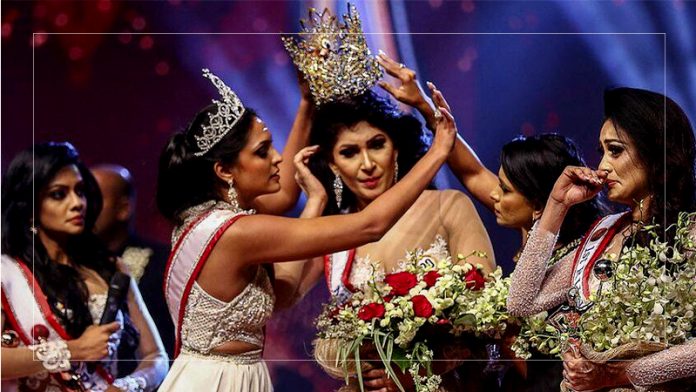 The winner of the Sri Lankan beauty pageant has suffered a head injury after a physical argument broke out on stage.

But moments later, shocking footage shows a tussle break out as an ex-title holder seized the crown from her head.

The clip shows fellow competitor Caroline Jurie holding a mic before telling the crowd: “There is a rule that prevents women who have already been married and are divorced, so I am taking steps to make the crown go to second place.”

The 28-year-old – who won Mrs Sri Lanka in 2019 – then marched over to Mrs De Silva before making a grab for the golden crown, which appeared to get caught in her hair.

After finally pulling it free, Mrs Jurie then strode over to place the crown on the head of the runner-up.

Footage then shows a tearful Mrs Silva – who has since branded the incident “unreasonable and insulting” – exit the stage.

Pageant organisers have since confirmed Mrs De Silva is separated, but not divorced, and that the prize has been returned to her.

In a Facebook post since the “unexpected” incident at the Nelum Pokuna Mahinda Rajapaksa Theatre, Mrs De Silva said she had to be treated for head injuries.

She also added that she would be taking legal action for the way she was treated.

“I’ve already passed the necessary legal action for that injustice and insult.

Organisers have apologised to Mrs De Silva, and the national director of the Mrs Sri Lanka World competition, Chandimal Jayasingle, branded the incident a “disgrace”.

“We are disappointed,” he told the BBC:

“It was a disgrace how Caroline Jurie behaved on the stage and the Mrs World organisation has already begun an investigation on the matter.”

Mrs Jurie – who currently holds the Mrs World title – has been questioned by police, as has Mr Jayasinghe.❐