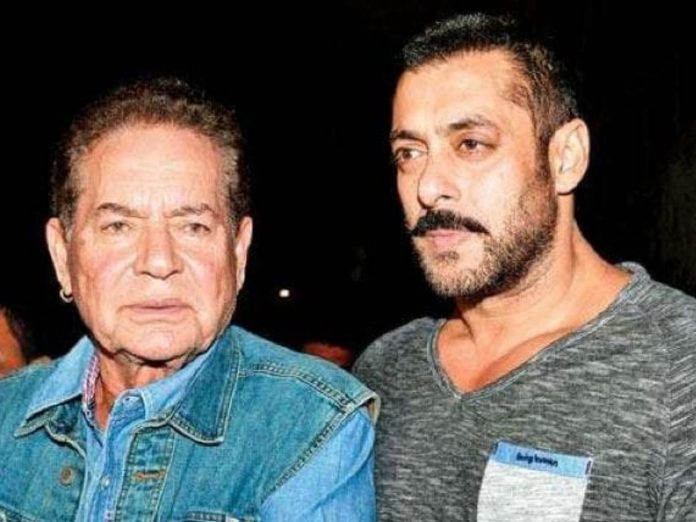 Mumbai Police on Monday recorded the statement of Bollywood actor Salman Khan’s father Salim Khan, a day after a letter threatened that the father-son duo will meet the fate of Punjabi singer Sidhu Moosewala.

Police, who visited Salman Khan’s house in suburban Bandra and enhanced the security around the building, could not record the actor’s statement as he was not available, an official said.

According to a police source, the letter said, “Salim Khan, Salman Khan Bahot Jald Aapka Mooselwala Hoga G.B L.B” (Salim Khan, Salman Khan very soon you will meet the fate of Moosewala.) There was speculation that `G. B.’ and `L. B.’ may refer to gangsters Goldy Brar and Lawrence Bishnoi, though police did not make any statement on this aspect.

Punjabi singer Sidhu Moosewala was killed by unidentified assailants in Mansa district of Punjab last month, and as per local police, Lawrence Bishnoi gang could have been involved in the murder.

“It’s too early to say if the letter is fake, and also we can’t say anything about the (involvement of) Lawrence Bishnoi gang,” he added.

Police recorded the statement of Salim Khan and his two bodyguards but could not record Salman Khan’s statement as he was not available, said an official.

Investigators have collected footage of more than 200 CCTV cameras in the area to identify the person who dropped the letter on a bench at Bandra Bandstand where Salim Khan, a noted screenplay writer, was sitting after a morning walk on Sunday, he said.

There was a CCTV camera 30 meters away from the bench but a tree blocked the view, the official said.

On Monday morning, five officials of the Mumbai crime branch along with local police personnel visited Salman Khan’s residence at the Galaxy Apartments in Bandra area and spoke to his family members.

They spent about an hour at the actor’s home, an official said.

A case under section 506-II (criminal intimidation) of the Indian Penal Code has been registered at the Bandra police station.