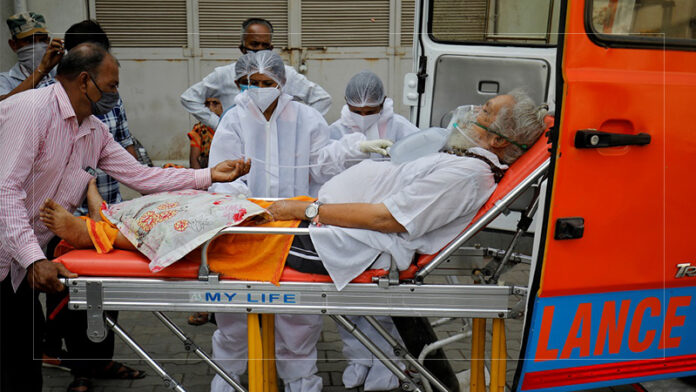 Authorities in Nepal were grappling to contain the rapid rise of COVID-19 cases with experts fearing that thousands of people in the Himalayan state have caught the more infectious mutant strains emerging out of India.

Nepal, which shares a long porous border with India, reported 3,032 new infections on Sunday, the highest daily surge recorded this year. It took the total caseload since the pandemic first struck Nepal to 300,119, and there have so far been 3,164 deaths, according to government data, reports Reuters.

“We have detected the UK variant and the double mutant variant detected in India,” Krishna Prasad Paudel, the director of Nepal’s Epidemiology and Disease Control Department Paudel told Reuters, adding that experts were checking for other variants too.

Nepal’s former king Gyanendra and his wife, who tested positive for the virus after returning from India where they attended a religious festival, were undergoing treatment at a private facility in Kathmandu.

Foreign Minister Pradeep Gyawali told reporters on Sunday that despite the surge in cases a national level lockdown was not required.

Nepal’s economy contracted for the first time in four decades in the last fiscal year due to a months-long lockdown to contain the COVID-19 pandemic.❐