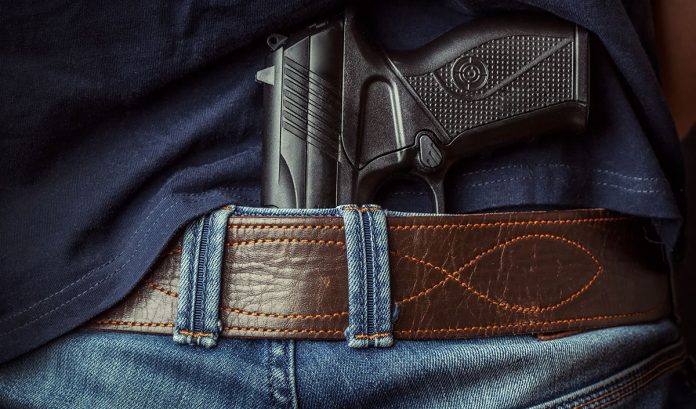 New York lawmakers began revamping gun laws on Friday that would ban guns from a long list of “sensitive places,” including Times Square, after the U.S. Supreme Court said the state’s restrictive gun-license rules were unconstitutional.

The emergency legislative session began on Thursday, a week after the Supreme Court’s conservative majority ruled for the first time that the U.S. Constitution grants an individual right to carry weapons in public for self-defense.

New York’s Democratic leaders have lambasted the ruling, saying there will be more gun violence if there are more people carrying guns, while also conceding they must now loosen the state’s permit scheme, codified over a century ago.

The court also allowed that people could be banned from carrying their weapons in certain “sensitive places,” but warned lawmakers against applying the label too broadly. The court also made it easier for pro-gun groups to have a gun regulation overturned, ruling that a weapons regulation was likely unconstitutional if it was not similar to the sort of regulations around in the 18th century, when the Constitution’s Second Amendment was ratified.

In the early hours of Friday, the state government released the text of a bill that included a list of proposed sensitive places.

The Senate passed the Concealed-Carry Improvement Bill 43-20 in a party-line vote on Friday afternoon after hours of debate in which Republican lawmakers said the new legislation was too onerous on New Yorkers trying to exercise a right to carry guns. The Assembly has yet to begin public debate on the bill, and lawmakers there said a vote may not be held before Saturday.

The court ruled in New York State Rifle & Pistol Association v. Bruen that New York officials had too much subjective discretion over which gun-license applicants could enjoy what it said was a constitutional right. Applicants were denied a concealed-carry permit if they could not convince an official they had “proper cause,” or some kind of special reason, for carrying a handgun for self-defense. read more

Reluctantly and not without protest, Governor Kathy Hochul agreed the state must remove the “proper cause” requirements. However, the proposed new licensing rules would now require applicants to undergo expanded firearms training and to provide social media accounts to government officials for review.

It would also be a felony to carry a gun into private business premises unless the business posted a sign affirmatively saying concealed weapons were welcome.

US to move $3.5bn in Afghan central bank assets to Swiss-based trust