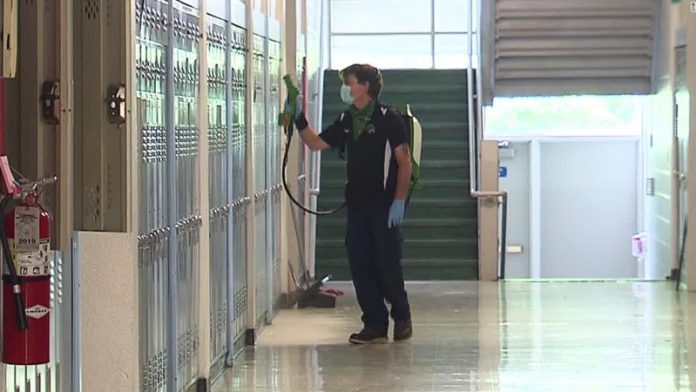 New York City Mayor Bill de Blasio said city schools plan to reopen in the fall with a “blended learning” approach in which most students spend just two or three days in school per week.

“At some points in the week, you’re learning in person in the classroom, at other points of the week you’re learning remotely,” he said Wednesday.
“Most schools will not be able to have all their kids in school at the same time,” he added.

De Blasio says that he believes this plan will preserve “health and safety while maintaining an understanding that the best way to educate our kids is in the classroom.”

He also warned that the situation could change along the way.

The mayor noted that most schools will not be able to have all of their kids in school at the same time. Classrooms will be limited to about nine to 12 students, with a dozen being the maximum. That’s instead of the average class size of 30 students.❑

Trump boosted by Supreme Court confirmation days from US election