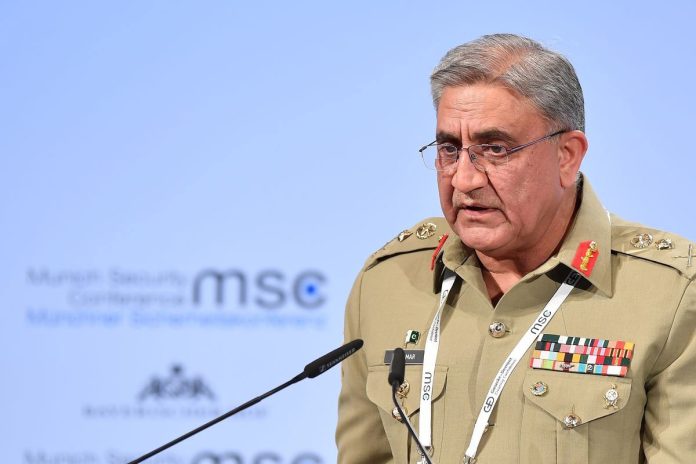 “This is clearly violative of the complete confidentiality of tax information that the law provides,” a statement issued by the finance ministry stated, a day after a report by investigative news website FactFocus, which allegedly cited tax returns and wealth statements of the COAS’ family during his term in office.

“In view of this serious lapse on the part of to-date unknown functionaries, the finance minister has directed the special assistant to the prime minister (SAPM) on Revenue Tariq Mehmood Pasha to personally lead an immediate investigation into the violation of tax law[s] and breach of Federal Board of Revnue (FBR) data, affix responsibility and submit a report within 24 hours,” the handout said.

Writing for Fact Focus, Pakistani journalist Ahmad Noorani – who lives in the US – said that Qamar Javed Bajwa’s immediate and extended family members made investments in real estate and the oil business, transferred funds overseas and became owners of farmhouses in prominent cities of Pakistan and bought foreign properties, making billions of dollars.

“Within six years, both families become billionaires, started an international business, purchased multiple foreign properties, started transferring capital abroad, become owners of commercial plazas, commercial plots, huge farmhouses in Islamabad and Karachi, an immense real estate portfolio in Lahore, and so on. The current market value of the – known – assets and businesses within Pakistan and outside accumulated by the Bajwa family during the last six years is more than Rs12.7 billion,” the report said.

The report was supported by a lot of data that looks into the financial dealing of Qamar Javed Bajwa’s family including his wife Ayesha Amjad, his daughter-in-law Mahnoor Sabir and other close family members. It noted how between 2013 and 2017, Qamar Javed Bajwa revised the wealth statement for 2013 three times.

“In the revised wealth statement for the year 2013, General Bajwa added a commercial plot in phase VIII of DHA Lahore. He claimed that in fact he had purchased this plot back in 2013 but forgot to declare. He would continue to forget for the next four years and could only remember his omissions in 2017, one year after becoming army chief,” the report said.

“The total worth of a young woman’s declared assets was zero in the last week of October 2018, it jumped to more than one billion (₹1271 million) just one week before her marriage on November 02, 2018,” it added.

Bajwa is set to retire on 29 November after six years in office.

Two years ago, retired general Asim Saleem Bajwa resigned as special assistant to then Prime Minister Imran Khan after the same website reported his family piled up wealth in the US including owning franchises of Papa John’s International Inc. He had denied any wrongdoing.

The website has previously published in-depth stories on the “misappropriation of funds” by a number of politicians and other powerful sectors in Pakistan, including PTI chairman Imran Khan and former dictator General Pervez Musharraf, Dawn reported.