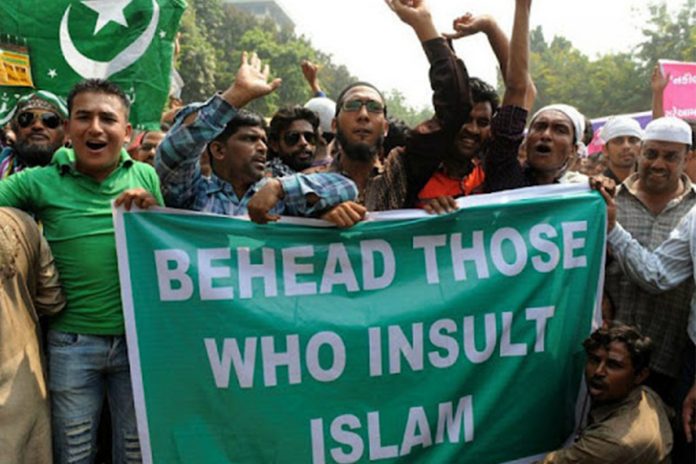 A woman school principal has become the latest convict under the harsh blasphemy laws of Pakistan and duly given death sentence, Pakistan daily The Dawn, along with several other publications, has reported. The woman, a Muslim, was booked under Section 295C of the Pakistan Penal Code (PPC) in September 2013. The Section makes derogatory remarks against Mohammed a criminal offence and carries the death punishment.

Pakistan’s sessions court gave death penalty to a Muslim woman over blasphemy charges under the section 295C of Pakistan Penal Code(PPC) according to a DAWN report. FIR was registered by the Nishtar Colony police on Sept 2, 2013 against the woman after the complaint of a prayer leader named Qari Iftikhar Ahmad Raza of a local mosque.

The woman Salma Tanveer was a school principal at a private school that she also owned. She was accused of giving out photocopies that allegedly contained messages denying the the finality of prophethood and claiming herself as a prophet.

Mian Muhammad Ramzan, the woman’s counsel claimed that she was of unsound mind at the time of the incident. Ramzan stated that a mental examination of the woman as ordered by the magistrate was pending and also argued that the photocopies of the alleged writings were tampered with.

However the Additional District & Sessions Judge Mansoor Ahmad Qureshi said, “It is proved beyond reasonable doubt that accused Salma Tanveer wrote and distributed the writings which are derogatory in respect of Holy Prophet Muhammad (PBUH) and she failed to prove that her case falls in exception provided by section 84 of PPC,”

Sadia Arif, the state prosecutor who was assisted by Advocate Ghulam Mustafa Chaudhry, the complainant’s counsel submitted that the prosecution proved the case based on oral and documentary evidence. The prosecution claimed that the woman failed to prove that she was of unsound mind at the time of writing and distributing blasphemous material.

The Judge observed that the oral and material evidence proved that the woman herself wrote and shared those writings. But, since she was running a school single handedly before her arrest, the judge concluded that the woman was not legally insane.

The Judge said, “The question, however, that arises for consideration is whether in law such abnormality can be treated as sufficient to exculpate the accused for the serious crime committed by her, even though it falls short of legal insanity,”

The verdict stated that without any doubt the woman wrote and shared the derogatory writings and that she failed to prove that she was of unsound mind or had mental illness.