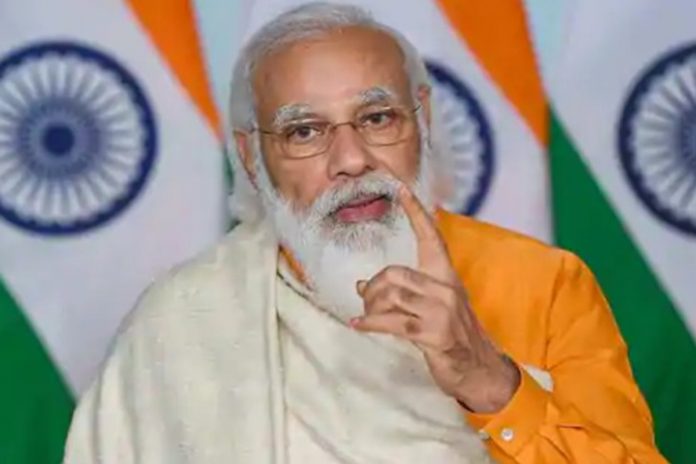 New Delhi: Prime Minister Narendra Modi on Thursday (November 18) said the government has supported the banking sector in every way, making the sector ‘very strong’ now, adding that banks have to support wealth and job creators, and work proactively to improve the country’s balance sheet.

Addressing bankers at the symposium to ‘Build Synergy for Seamless Credit Flow and Economic Growth’, PM Modi said banks will have to adopt the model of partnership, emphasising that banks should feel stakes in the growth of all the stakeholders and proactively get involved in the growth story. He praised the banking sector for its enthusiasm in implementing Jan Dhan Scheme—the government’s flagship financial inclusion programme.

The PM said banks should move away from the idea of being a loan ‘approver’ to a loan ‘applicant’ in order to aid businesses to grow, nudging bankers to offer ‘customised solutions’ to businesses and micro, small and medium enterprises (MSMEs). He said: “Don’t wait for customers to come to banks. You have to go to them.”

“We addressed the problem of NPAs (non-performing assets), recapitalised banks and increased their strength. We brought reforms like IBC (Insolvency and Bankruptcy Code), reformed many laws and empowered debt recovery tribunal. A dedicated stressed asset management vertical was also formed in the country during the Corona period,” the PM said.

PM Modi said banks have recovered over Rs 5 lakh crore dud loans in the last couple of years, hailing the government’s measures to reform the banking sector. He further stated that Rs 2 lakh crore of stressed assets likely to be resolved through the National Asset Reconstruction Company (NARCL).

Despite the coronavirus pandemic, the banking sector has remained robust in the first half (April-September) in the current fiscal, and they have ample liquidity, PM Modi said while addressing the conference.

Speaking on the impact of financial inclusion, PM Modi said: “When the country is working so hard on financial inclusion, it is very important to unlock the productive potential of the citizens.” He also gave an example of recent research by the banking sector itself where more Jan Dhan accounts are opened in the states have led to a reduction in the crime rate.

Ashish, a young man from Kolkata, India, is a client of an account with the State Bank of India. He was stopped short...