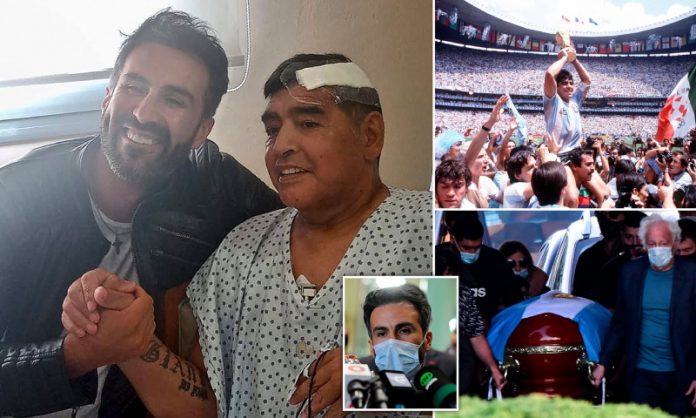 Diego Maradona’s doctor is under investigation for manslaughter four days after the football idol died of a heart attack at his home, the Argentinean news agency Telam reported on Sunday.

Police raided Leopoldo Luque’s office and home on Sunday in search of evidence of possible professional negligence, according to images broadcast on television and judicial sources cited by the Argentinian agency.

“Due to evidence that has been gathered, it was considered necessary to request searches of the home and office of Dr Leopoldo Luque…the searches were authorised by the intervening Judge of Guarantees and are being carried out at this time”, said the San Isidro Public Prosecutor’s Office in a statement, quoted by Telam.

The investigation was reportedly triggered by statements by Maradona’s three daughters Dalma, Gianinna and Jana about how the former footballer’s heart condition was handled.

Luque told reporters after the searches that he had given investigators all of the records of his treatment of Maradona, as well as computers, hard drives and cellphones.

Weeping at times, he insisted he defended his treatment of the troubled soccer star, who died last Wednesday following a November 3 brain operation.

The Argentinian government announced an official three day mourning period following the death of Diego Maradona, who is considered by many to be the greatest footballer of all time.

His body lay in state as tens of thousands of fans queued in the Argentine capital Buenos Aires for the chance to pay their respects.❐