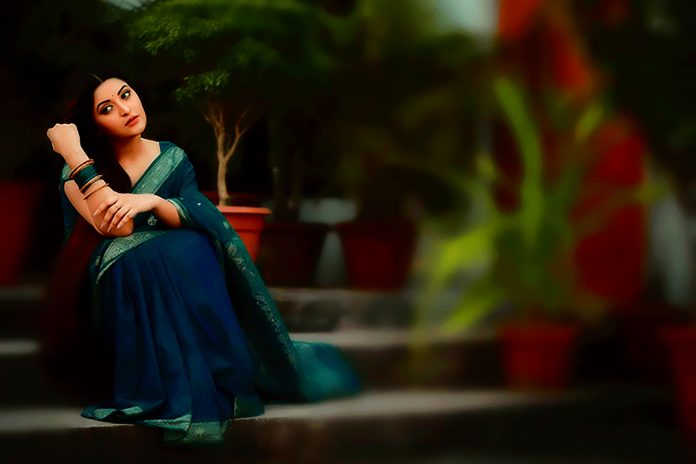 Actress and model Shamsunnahar Smrity, popularly known as Pori Moni, is in Forbes list of “Asia-Pacific’s Most Influential Celebrities” on Social Media.

With nearly 10 million Facebook followers, the 28-year-old star Pori Moni is on 70th on the list of 100 celebrities.

Her current films include a movie about Bangladesh’s war for independence, while the release of her drama ‘Biswa Sundori’ was postponed due to the pandemic.

The list, published in Forbes website, highlighted digital stars, singers, bands, and film and TV stars across the region who have taken the digital world by storm.

With their powerful social media presence, these trailblazers have garnered millions of loyal followers across popular platforms, making them as famous online as they are on stage and screen.

This list, which is unranked, comes at an exceptional time.

Much of the region’s population is spending time isolated at home, where people are relying on their screens for communication and entertainment.

Forbes says that they gives special focus to celebrities who, despite cancelled physical events and activities, managed to remain active and relevant, largely by using social media to interact with their fans, raise awareness and inspire optimism. Many also used their influence to help worthy causes, especially those with a Covid-19 focus.

Pori Moni was born on the 24 October of 1992 in Shatkhira district under Khulna division. She lost her parents at a very early age but the young girl was raised by her grandparents.

The actress stepped into the capital city, Dhaka after the completion of her Higher Secondary Certificate education in 2011.

Pori Moni then started taking dancing course in BAFA in the following years to become a more trained artist.

The actress started her career with modelling and then tried her hands in Bangla drama in 2012. Pori Moni proved her acting caliber with several Bangla dramas, such as, ‘Exclusive Extra Bachelor,’ ‘Kotha Dilam,’ ‘Tomar Janyo’, ‘Epar Opar,’ ‘Nari and Nabanita,’ ‘Mon Bhslo Nai’ and ‘Second Innings’ (2013 to 2014).

Pori Moni finally entered into the world of Dhallywood with her movie ‘Rana Plaza’ – based on the garment factory Rana Plaza disaster in 2013. Unfortunately, the movie didn’t pass in the censor-board due to sensitive national issues.

The actress finally got her big chance to showcase her acting prowess in silver screen with her movie “Bhalobasha Simahin”, which was released on 13 February 2015.

This lead to the actress bidding farewell to the silver screen and entering film industry.

In 2016, Pori Moni worked on ‘Rokto’, and ‘Dhumketu’ in 2016. People were mesmerized by the actress brilliant acting in an action film against a new comer.

Apart from acting, Pori Moni had also acted as a co-producer for the movie “Mohua Sundori ( 2015) ” which was government funded movie and was directed by Rawshan Ara Nipa.

Pori Moni is currently working on her movie “Pritilata” were she will be playing the role of the first revolutionary woman martyr who sacrificed her life in her fight against the British government. The actress latest movie Bishwoshundori was postponed due to the pandemic.❐