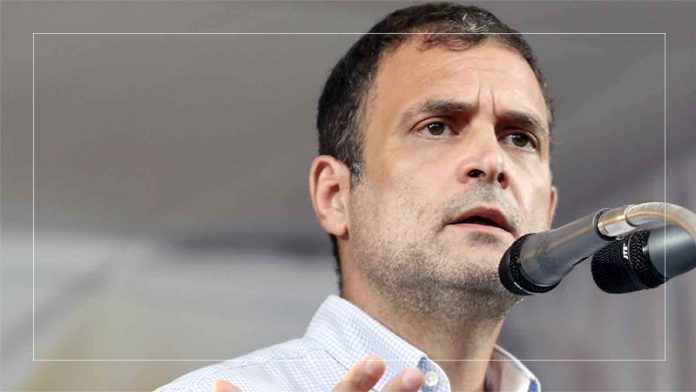 Rahul Gandhi, in a letter to Narendra Modi on Friday, also urged the government to open up vaccinations for everyone who needs it, reports NDTV.

The Congress leader also urged the government to fast-track other vaccines.

“Our vaccination programme has to move beyond an individual’s picture on the vaccine certificate, towards guaranteeing maximum vaccination,” he wrote, without taking names in his swipe at PM Modi’s photos on certificates handed out to those who receive Covid jabs.

The efforts of the scientific community and vaccine makers had been undermined by the “centre’s poor implementation and oversight”, he said.

India had first mover advantage in vaccination and “yet we are moving at snail’s pace” and fully vaccinate less than one per cent of the population in three months, Rahul Gandhi wrote to the PM.

“At our current vaccination rate, it will take years to inoculate 75 per cent of the population. This will have catastrophic effects and will gravely decelerate India’s economy,” he warned.

The Congress MP also raised questions on India shipping vaccines to other countries at a time its domestic needs were pressing, with a record rise in infections in the second wave of Covid.

“There is no clear reason as to why the government permitted large scale exports of vaccines. While our nation is facing vaccine starvation, more than six crore doses of vaccine have been exported,” he said.

“The state governments are repeatedly highlighting vaccine shortages only to receive intemperate statements by the Union Health Minister targeting opposition-ruled states, undercutting cooperative federalism, which you too have stressed as essential.”

Gandhi wondered whether vaccine exports were also an “oversight” to gain publicity at the cost of citizens.

The Congress MP wrote to the PM against the backdrop of a record surge in Covid cases and a fierce row between the Centre and some states over vaccine supply.

He said in the letter that states had been “bypassed” right from vaccine procurement to registration.

Gandhi also urged PM Modi to give states a greater say in procuring and giving vaccines.

Last evening, after a meeting with Chief Ministers, PM Modi appeared to address the centre-state row as he advised against blame-games or “competition”.

“There was a sort of competition between states when the number of coronavirus cases started rising,” he said.

“This state is completely useless; its numbers are so high. That state is doing so well. Comparing various states became a fashion,” he said.❐