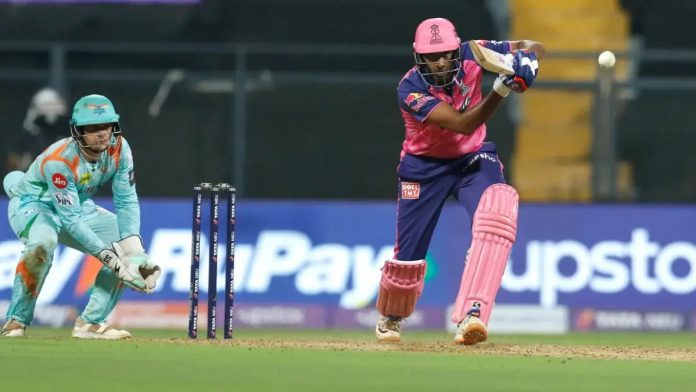 Ravichandran Ashwin became the first batter in Indian Premier League history to tactically retire out on Sunday during Rajasthan Royals’ (RR) IPL 2022 fixture against Lucknow Super Giants (LSG) at the Wankhede Stadium in Mumbai. Coming to bat at no. 6, Ashwin walked off to allow Riyan Parag to join and bat with Shimron Hetmyer in the middle. Parag ended up registering only eight runs off four balls (including a six) as RR posted 165 for six in 20 overs, setting a target of 166 runs. Meanwhile, Hetmyer smacked an unbeaten knock of 59 runs off 36 balls, hammering a four, six maximums.

He tweeted, “Ashwin retired out is fascinating T20 tactics. T20 is causing us to rethink the way we conceive the game of in the 21st century.”

Ashwin retired out is fascinating T20 tactics. T20 is causing us to rethink the way we conceive the game of in the 21st century.😊😊

After the RR’s innings, Hetmyer revealed that he wasn’t informed about Ashwin’s retirement tactic and praised it.

“I had no idea about it (Ashwin’s retirement) – he was also a bit tired. It was a good decision, as the kid (Parag) hit a six for us. We are in with a good chance. The bowlers need to keep the ball in good areas, if they do so, we are in with a fighting chance”, he said.