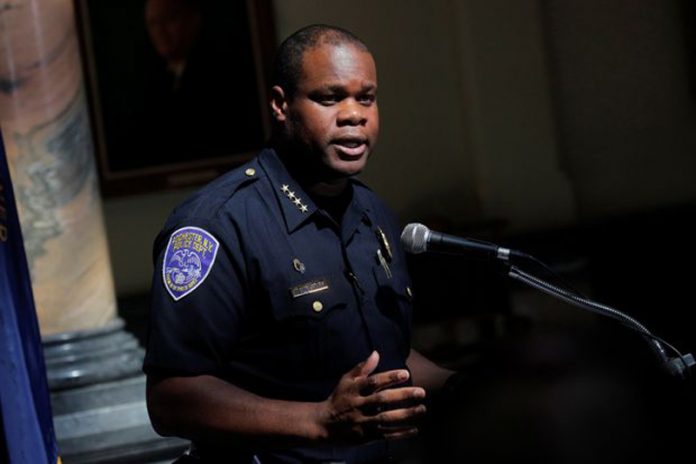 The chief of the Rochester, N.Y., police department and two deputies resigned Tuesday after days of protests and mounting criticism over the death of Daniel Prude, a Black man who died in March after officers restrained him and placed a mesh hood over his head.

Rochester Mayor Lovely Warren told a City Council meeting that she had not asked Chief La’Ron Singletary to resign, though she said there was “information that was brought to light today that I have not previously seen before.” She did not elaborate.

The mayor said she was unsure when the retirements would take effect.

Free the People ROC, a local Black Lives Matter group, welcomed the resignations in a Facebook post but demanded more.

The Rochester police union’s head, Michael Mazzeo, defended the officers last week, saying they followed procedure in using the so-called “spit hood,” necessary because Prude claimed he had the coronavirus. Mazzeo also said Singletary’s office told him after the arrest there were “no concerns” with the officers’ actions.❐