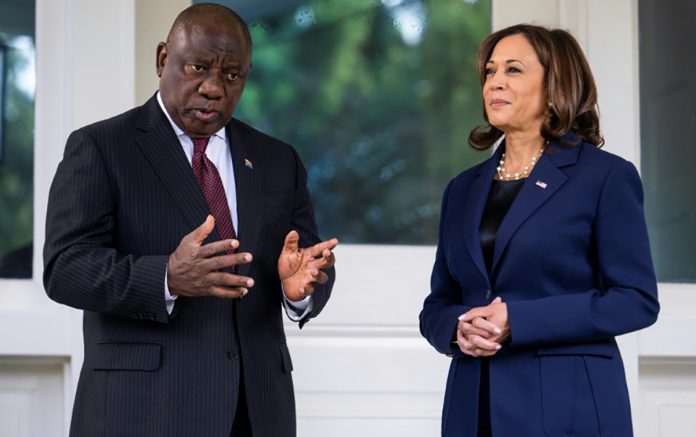 South Africa’s leader has agreed to cooperate closely with US President Joe Biden on health, security and climate but warned against punishing African nations for maintaining ties with Russia.

The Biden administration has put a new focus on Africa after being taken aback by the reluctance of some nations to condemn Russia over its invasion of Ukraine, which has triggered sweeping Western sanctions.

President Cyril Ramaphosa enjoyed unusually warm treatment from Biden, who walked him back to his motorcade at the White House, weeks after Secretary of State Antony Blinken traveled to South Africa and promised that the United States will listen more to Africans.

“We really need to make sure we fully understand one another,” Biden said as he welcomed Ramaphosa in the Oval Office. “Our partnership is essential.”

Ramaphosa said he sought to work together on security, including in South Africa’s troubled neighbor Mozambique, as well as on climate change, a key priority for the Biden administration.

But Ramaphosa warned Biden over a piece of legislation that has passed through the US House of Representatives which would require a strategy to counter Moscow’s role in Africa.

Ramaphosa said he explained that Africans should not be “punished” for their historic non-aligned position among major powers.

“I think it will harm Africa and marginalize the continent,” Ramaphosa told reporters after his meetings.

“We should not be told by anyone who we can associate with.”