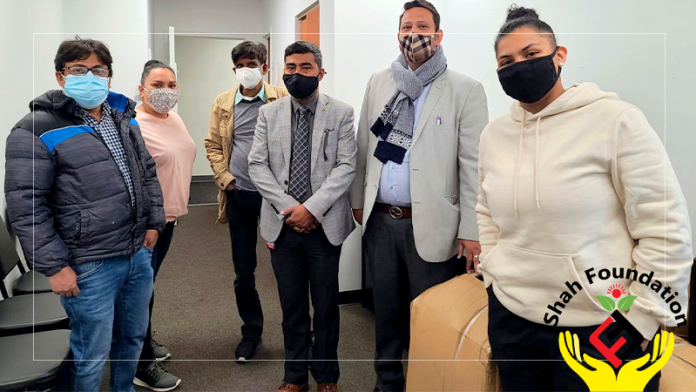 Donation of Health protective equipment by Shah Foundation to the Office of the State Assembly Member.

The Shah Foundation, a New York based organization, established last year to serve the distressed people, joined the fight against the Coronavirus with hprotective equipment since the epidemic began. The organization has already promoted to help the helpless in different countries of the world including the USA, Bangladesh, India.

This time Shah Foundation has come to the New York State Assembly office with their support.

Jessica Gonzalez Rojas is an activist, politician and an academic. Jessica currently serves as a Democratic member of the 34th District of the New York State Assembly. She was elected in 2020, defeating Michael DenDekker.

Shah J Chowdhury, the founding president of the Shah Foundation said that, this is the first time such a collaboration has taken place outside the Asian community in New York and for an American government organization. And it all started with the Shah Foundation.

On the Donation of Health protective equipment to the Office of the State Assembly Member Jessica Gonzalez Rojas, Kanu Dutta, US correspondent of ATN Bangla and ATN News, Sanjivan Sarkar, editor of the weekly Sandhan and Mohammad Hossain Dipu, special correspondent of Bangla Channel was present with Shah J Chowdhury on behalf of Shah Foundation.