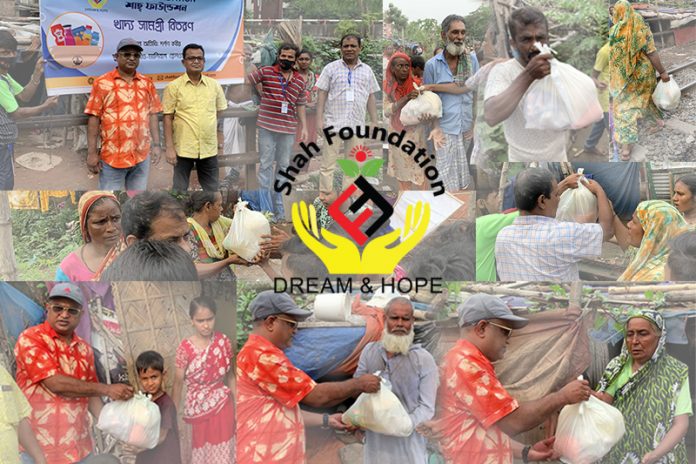 The New York based Shah Foundation has come forward with food aid in the Khilgaon-Malibagh railway slum. 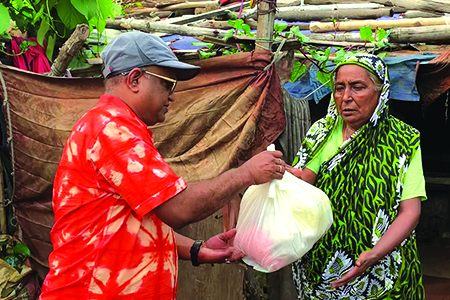 The food aid was given to the destitute, refugees and uprooted people living on the Khilgaon-Malibagh railway line on August 23 with the initiative and cooperation of Shah J Chowdhury, the founder and trustee of the Shah Foundation.

Fifty families were given rice, pulses, soybean oil, potatoes and onions as food aid, funded by the Shah Foundation.

The chief guest at the food aid event was the editor of the New York based newspaper Deshkantha, poet, writer and New York correspondent of ATN Bangla, Darpan Kabir. Arif 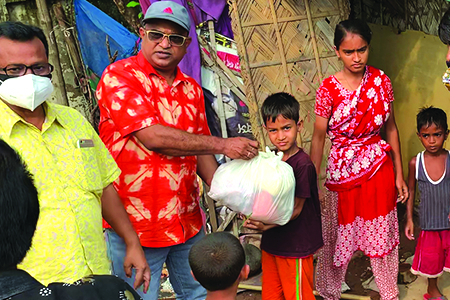 Sohel, spokesperson of Bangladesh Awami League and joint news editor of Uttaran was present there as a guest.

Shah J Chowdhury told Ruposhi Bangla that the food aid has been given as a gift to the needy, refugees and uprooted people. This initiative will be successful only if they can spend a day without any worries.

At the beginning, the chief guest Darpan Kabir handed over these food items to the uprooted people. Later, he delivered the bags of food items in the slums near the railway line. 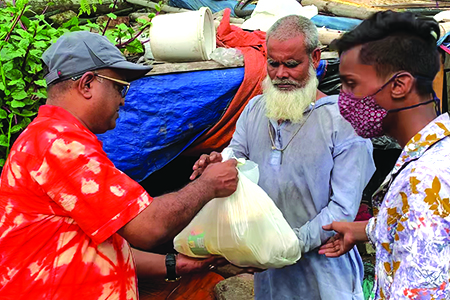 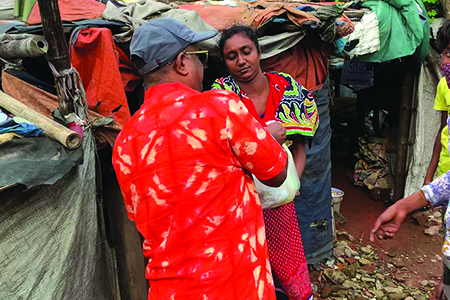 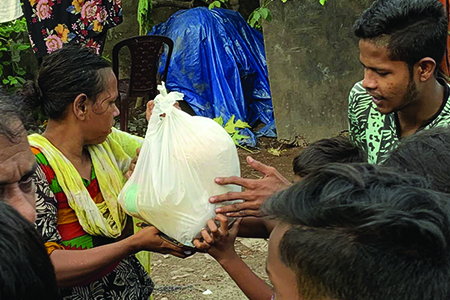 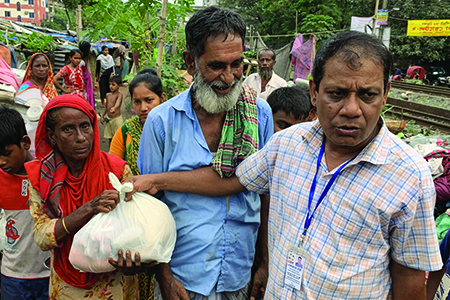 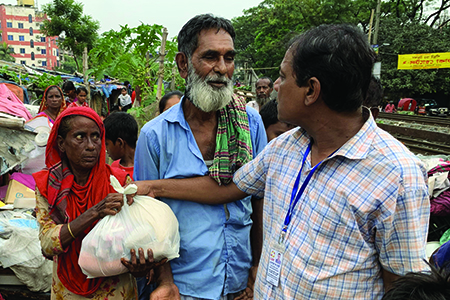 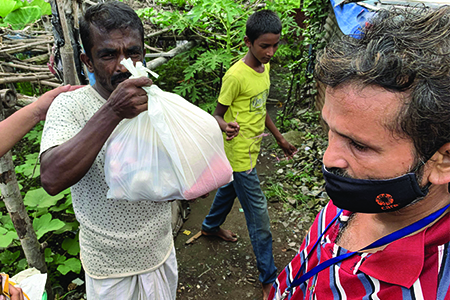 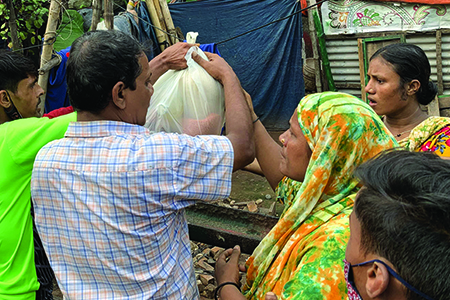