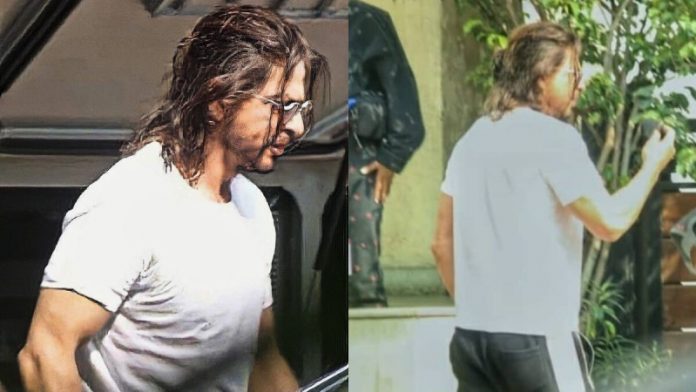 No matter how badly Shah Rukh Khan wants to keep his net project a secret, the fans and the paparazzi will dig up the details. The actor has secretly started shooting for his next film, potentially titled, Pathan, and backed by Yash Raj Films. But the first pics of his look for the project have leaked online.

The actor is, once again, sporting a long-haired look. He was once seen sporting it in his film Don 2, which became the talk of the town and the next style rage. Pathan: Is Deepika Padukone’s ‘Shubh Aarambh’ for Shah Rukh Khan Starrer? Actress Reportedly Started Shoot for YRF Film.

The actor was spotted at the Yash Raj Studios in Andheri, Mumbai. The pictures are clicked from a distance, so the outputs are not of the best quality. Get ready to see every third guy with long hair in the near future, after being inspired by SRK.

There are countless rumours about Pathan. It is speculated that the studio is thinking about starting a spy universe that will include SRK’s Pathan, War’s Hrithik Roshan and Tiger’s Salman Khan and Katrina Kaif. Yes, the movie might just reunite Salman and SRK on the screen one more time.

They have worked together, in a limited capacity in movies like Zero and Tubelight. Also, interestingly, Hritik played a cameo in SRK’s Don 2. Even John Abraham is rumoured to be playing a key role in Pathan.

While there is no confirmation, Pathan is rumoured to feature Deepika Padukone as the female lead. The movie is said to be commemorating 50th year of the studio, Yash Raj Films.❐